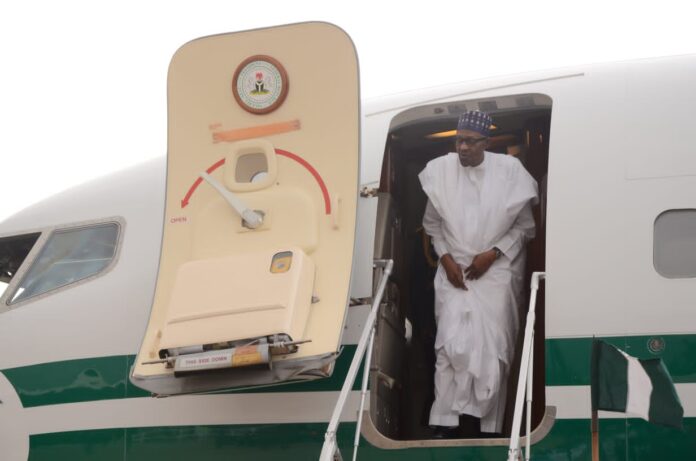 The President who was received by the State Governor, Aminu Bello Masari, his Deputy, QS Mannir Yakubu, Speaker of the Assembly, Tasi’u Maigari, State APC Chairman, Muhammad Sani Daura, other senior government officials and heads of security agencies in the State.

He landed at the Umaru Musa Yar’adua Airport Katsina as at about 5:20pm on a presidential jet and later received the guard of honor from the troops of the 17 Brigade of the Nigerian Army and Officers of the 213 Operational Base of the Nigerian Air Force under the “Operation Hadarin Daji’’ at the airport

President Buhari later proceeded to his home town Daura local government area in a helicopter at about 5:50 pm.

On arrival in Daura, the President was received by the Emir, Dr Faruk Umar Faruk, members of the Emirate Council and other District Heads.

After the celebration, the President, who is home with members of his family, will return to Abuja on Thursday, July 14, 2022.