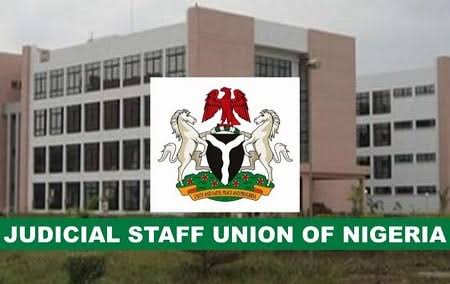 …as Court Fixes Friday For Judgment

The National Judicial Council (NJC) has   threw its weight behind a suit seeking upward review of salaries and allowances of Judges in the country.

NJC through its counsel, Mr Kunle Adegoke SAN, prayed the Industrial Court, Abuja, to grant  all the reliefs sought by a Senior Advocate of Nigeria SAN, Chief Sebastine Hon who instituted the suit.

The Council informed Justice Osatohanmwen Obaseki-Osaghae that the Nigerian government reviewed Judges salaries in 2008, a period of 14 years ago adding that the ugly trend had inflicted untold economic hardships on Judicial Officers in the Judiciary arm of government.

NJC is the 4th Defendant in the suit, which was filed by the claimant, Chief Sebastine Hon SAN.

Other Defandants in the suit are the National Assembly (1st Defendant), the Revenue Mobilization, Allocation and Fiscal Commission (2nd Defendant), and the Attorney General of the Federation and Minister of Justice (3rd Defendant).

NJC’s counsel in the matter,  while adopting his written address and other processes, urged the court to uphold the suit.

Adegoke expressed reservation that salaries of judicial officers have been stagnant for over 14 years without review.

Contrary to the objections of the NASS and AGF that the claimant lacks the locus standii to institute the suit, the NJC counsel reminded the court that the issue of locus standii has been liberalized all over the world especially when an issue borders on public interest.

Adegoke insisted that the NASS and the AGF have failed in their duty to better the remuneration of judicial office holders.

By the suit, Sebastine Hon, is praying the court to compel the defendants to increase the salaries and allowances of judges in the country.

An affidavit filed by Hon, in support of the originating summons, averred that as a legal practitioner, “who has practiced in all the levels of courts in Nigeria, I know that poor pay for judicial officers is seriously affecting the quality of judgments and rulings those officers are delivering and the discharge of other functions associated with their offices.”

He posited among other depositions that the current economic reality in the country requires that the salaries and allowances of the nation’s judges be urgently improved upon.

Awomolo adopted the four processes he filed and urged court to grant all the reliefs.

He said the 2nd Defendant who is directly involved refused to file any process before the court.

He described the act of RMAFC as impunity adding that all the parties unanimously agreed that the last salary adjustment of Judges was done in 2008, and that none of the defendants had justified the reason for refusal to obey the constitutional provision.

Awomolo said the shabby treatment meted to the Judges  under 84(4) of the constitution must be redressed.

The senior lawyer urged the court to stop the AGF from blowing hot and cold.

“We have moved from mere technicalities to substantial justice”, so I urge court to hold the AGF to his public statements admitting poor remuneration of judicial officers.

Yoila, while adopting his preliminary objection contended that the suit as presently constitutes against the 1st Defendant, NASS  ought to be dismissed for being incompetent.

He also challenged the propriety of the suit against the 1st Defendant without issuing pre-action notice as contained section 21 of Legislative Powers and Priviledges Act 2017.

The  NASS said the claimant is just like every other lawyer and that the cause of action does not directly affect him.

He urged the court to dismiss the suit.

He asked court to strike out the name of the 1st Defendant from the suit, since the proper procedure was not followed.

Elodimuo, also adopted his written address and urged the court to dismiss the suit for want of jurisdiction.

He said the position of AGF was an based on what the law states, insisting “that as laudable as the case is, the claimant has not shown any sufficient interest to file the suit for Judges better welfare.

Justice Obaseki-Osaghae after taking arguments for and against the suit fixed July 15, 2022 for judgment.