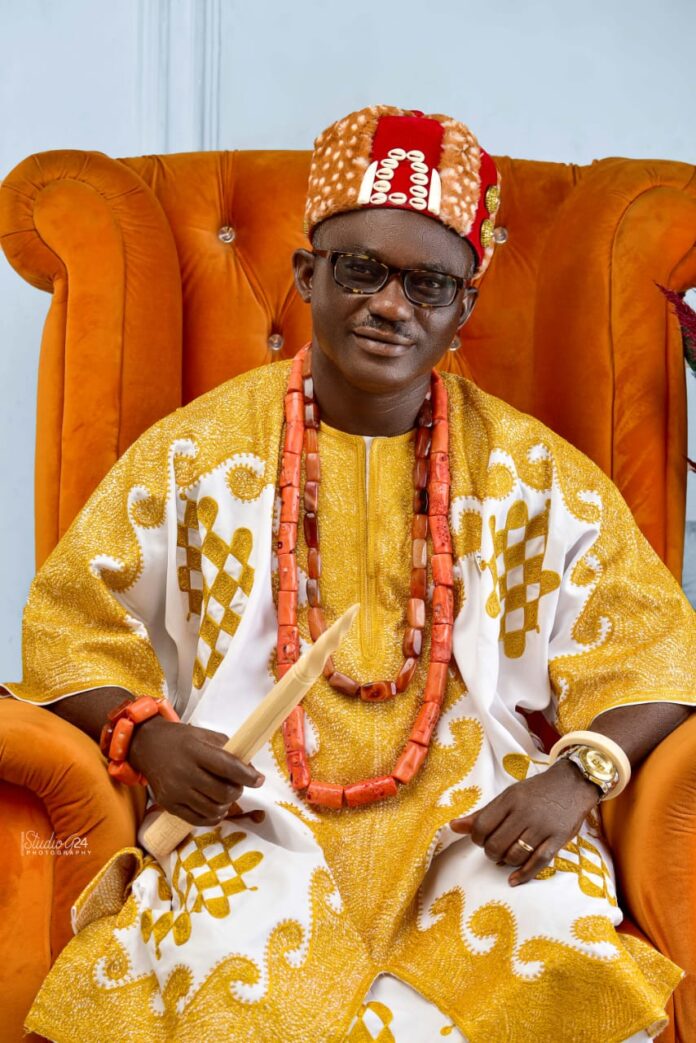 Igwe Sir (Dr.) Ogochukwu Daniel Obelle, Ezeudo1 of Nawfia is the traditional ruler of the community in Njikoka local government district of Anambra state. In this interview with select journalists in Awka, Anambra state, he spoke on issues bothering his running legal battle with his predecessor and the processes that led to his coronation. TONY ORAEKI was there.

It was reported that Awka High Court 3 has ordered that ‘status quo ante’ should be maintained in respect of the Nawfia kingship matter pending the final determination of the former Igwe Chijioke Nwankwo’s suit challenging his removal as traditional ruler. Are you aware of this judicial development concerning your Igwe status?

I want to put the record straight concerning the purported court judgment of High Court 3, Awka on June 21, 2022, I state categorically with the document I have here that I was not served any court process regarding to the so-called ruling of the court. To that effect, if somebody was not served a court process, how come a judgment or ruling was entered against him?

You see, somebody is out to do some damages because there is no truth whatsoever in what they are saying. Firstly, I was not served, now they are talking about ruling or judgment as they usually use the two words interchangeably when they are not the same.

Motion on notice entails you are obliged to put the other person in the know about what you are doing by law, according to civil procedure of Anambra state updated 2019.

Again, all suits concerning Nawfia people in Anambra state since 2016 are instituted in Neni judicial division in Anaocha local government area, not Awka judicial division. So, the cardinal principle of fair hearing demands you can’t shave someone’s hair in his absence. Therefore, the whole thing looks like Kangaroo affair because they suppose to give me 42 days if a case is instituted against me by law to reply.

I need not to tell you that I have had contact with the bailiff in Awka High Court and he said there was no such service or process that was brought to his knowledge. I have somebody in Neni too, which is our own judicial division and nothing of such happened there, so how come the sudden news of somebody’s certificate of recognition has been withdrawn and should not parade himself any longer. It is unbecoming for civilized people to talk in this manner.

I still remain the Igwe of Nawfia because I was validly elected by Nawfia people in the presence of government t representatives. The Nawfia Progressive Union, NPU, wrote their report together with the government representatives before the governor of the state signed and issued the certificate.

For those that have no privy to your coronation, would you shed more light on the processes you underwent before you finally emerged as the Igwe-elect?

To start with, Nawfia community has a constitution written in 2013 and the relevant sections say that ‘if there is vacancy in the royal stool of Nawfia, the emergence of the next monarch should be done on rotation within two large quarters of the town; Ezimezi and Ifite. So, the turn of Ezimezi by this proposition has been finished by Igwe Chijioke Nwankwo on December 17, 2020, which has been concluded as per Section 15, 4a&b, of the Constitution of Nawfia.

So, that section says that it is on rotation of turn by turn of the Igweship. Therefore, after the removal of Igwe Nwankwo by the state government on Dec. 17, 2020, it became the turn of Ifite people and the town union executive met and informed Ifite people to provide two candidates that would vie for the Igweship. Though, we tried to do selection but wasn’t possible because some people wanted to highjack the process.

Now, the Ifite-Mkpinese general assembly met and decided on Dec.26, 2020 that there would be an election in order to settle everything.

In that general assembly, all the five village chairmen, and their elders were assembled for the election as in accordance to the Nawfia constitution that says either by selection or by election.

In that election, due to the disproportionate population of the villages, it was decided to be done by delegates and each of the five villages, making up Ifite clan selected 30 persons made up of only financial qualified males and from 18 years above to vote in the election.

However, at the end of the voting process, 142 votes were declared and I secured 95 delegate votes. The election which was fairly and keenly contested gave my runner-up, Ozo Ikechukwu Nweke a total of 33 votes. Meanwhile, 6 aspirants took part in the election whereby one Lt. Commander Okwudili Itulu-Diegwu(Rtd) got 8 votes, our former President General, Nnonyelu Okoye got 3 votes, Dr. Shedrack Muoguluwa, a lecturer at UNEC, Enugu polled 3 votes.

Also, Sunday Odimegwu from my village secured 0 vote. So, if you look at our Constitution, Section 19, it talks about Nawfia election and coronation committee and then, Ifite people wrote to this committee which had earlier been set up by NPU President General, Nathan Enemuo on October 31, 2020 and sent the two men that emerged 1st and 2nd positions in the election to them.

The committee members interviewed the two of us and I emerged winner for the fact that my opponent doesn’t have the basic qualification which stipulates that you must have at least a diploma or NCE. He doesn’t even have school certificate.

After the committee’s verdict that the other person was not qualified and assuming he was qualified, we could have undergone another general election but Section 19, 11a of Nawfia Constitution says that if at the end of the exercise, only one person is qualified, that person’s name should be sent to the NPU to make arrangement for his coronation as the Igwe-elect.

So, the committee wrote to the NPU, who by their wisdom, refused to do the needful by not sending my name to the state government because the last stage of the process; whether it’s a general election or affirmation must be witnessed by government representative and the component 10 villages of Nawfia town.

When NPU failed to comply with the Constitution, I petitioned the state governor around April 2021. Though, the Board of Trustees (BoT) of NPU intervened in February 2021 before I petitioned, whereby during this period, they wrote twice to the Commissioner for Local Government and chieftaincy matters who directed the NPU to do the needful which they still refused.

At this point, they connived with B.I. Nwofor,SAN, who was then chairman of BoT, and decided to take Shedrack Muoguluwa, the person that got 3 votes in the election through another kangaroo election. The fact remains it was an illegal election because the state government had written to them informing them not to conduct another election outside the already conducted one.

Though, Nwofor refused to comply with their directive, but they eventually removed him. Subsequently, he was even recalled by his village as a member of BoT.

The BoT again wrote to the state government to compel NPU to do the needful, failure to this should require it’s dissolution of the Sir Nathan Enemuo executive. Then Obiano government set up an internal committee to look into our submissions and a Caretaker Committee led by Chike Nwegbe was set up in Nawfia which is working hard at present to reset the town.

It was this caretaker committee that called a general meeting and invited the state government and I was presented to them at which they affirmed. The Caretaker Committee forwarded my name and I was issued this ‘Certificate of Recognition’ as the traditional ruler of Nawfia community on February 26, 2022.

On the side of the former Igwe of Nawfia, he refused to sign the current Constitution 2013, which governs our town, so he claimed to be above Nawfia people.

Our traditional stool is not absolute, rather a democratic monarchy. It is not also hereditary rather it is governed by the constitution of the town which he had an ample opportunity to contribute to its making but he refused. He was just causing disorder everywhere.

For the past 20 years, Igwe Chijioke Nwankwo was operating without a cabinet while the constitution provides that he should operate with the cabinet representing all the ten villages in Nawfia. He sidelined everybody and that is why he refused to sign the constitution.