If Britain maintains evasive on Kanu’s detention, we inform Putin about finances on Ukrainian weapon – IPOB 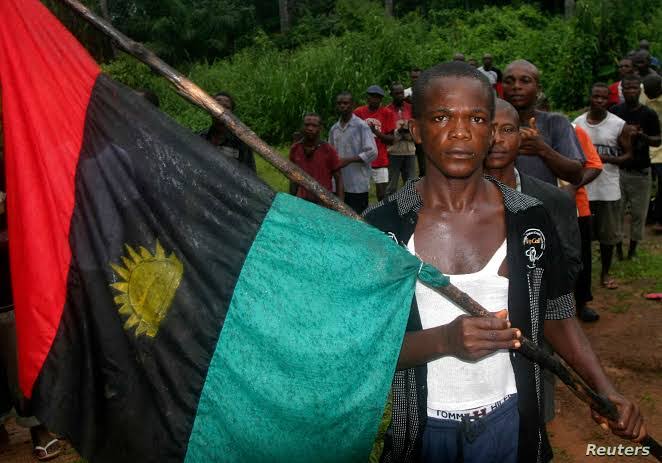 Indigenous People of Biafra, IPOB, has vowed to join league with Russia if British government fails to prevail on President Muhammadu Buhari to release their leader, Mazi Nnamdi Kanu, who has been in detention for the past one year.

The group said that if the evasiveness by the British government continued about Kanu’s release, it would take its campaigns to Russia and formally informed the Vladimir Putin government that Ukrainian war weapons were financed from the “resources stolen from Biafra through British aided Nigeria Military occupation.

The group disclosed this yesterday in a statement made available to the press by its media and publicity secretary, Emma Powerful, urging the British Government to cause President Muhammadu Buhari to release Nnamdi Kanu to the leadership of the Igbo apex socio-cultural organisation, the Ohanaeze Ndigbo for safekeeping.

The secessionists said their appeal was predicted on an intelligence report of a plan by terrorists to attack the facility of the Department of State Services (DSS) in Abuja where Kanu is currently being incarcerated.

Worried by the litany of attacks on prison facilities in the country in recent times without what the group called tangible investigations, IPOB said the best option would be to release Kanu to the Ohanaeze President General, Prof George Obiozor and/or to the 93year-old first republic aviation minister, Chief Mbazuluike Amaechi.

IPOB said,”We urge the British Government to jettison pretense and direct Nigeria Government and to Release Mazi Nnamdi Kanu unconditionally or send him back to UK where he lives, let him be return back to Amaechi Mbazuluike or professor George Obiozor for his safety.

“Britain must realise that we sincerely had never written nor taken our campaign to Russia, formally informing them that finances of Ukrainian war weapons are from resources stolen from Biafra through British aided Nigeria Military occupation and media controlled massacre of our people.”