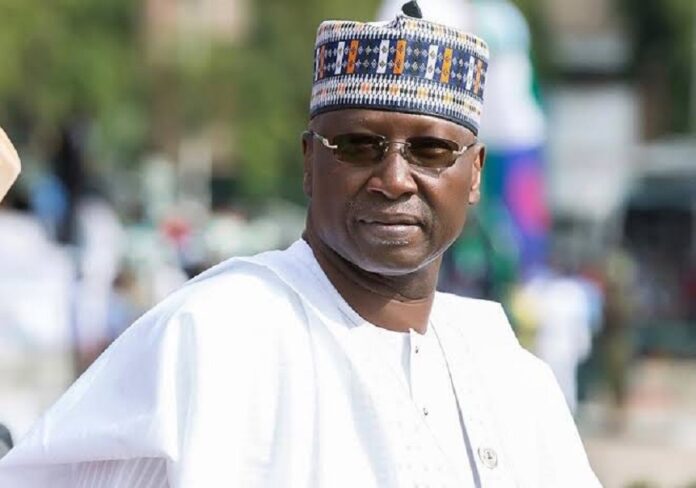 Federal Government has threatened to revoke a contract for the rehabilitation of Yola-Mubi road in Adamawa State.

Secretary to the Government of the Federal (SGF) Boss Mustapha handed the warning on Monday while inspecting progress of work along Yola-Mubi highway.

He gave a one week ultimatum to the contractor, AG Vision, to return to site; else the government will not hesitate to revoke the contract.

The visibly displeased SGF, expressed displeasure over the contractor’s handling of the project despite the huge amount so far collected.

“This contract of Yola-Mubi road was awarded to AG Vision in 2017 for N 22 billion Naira because of the slow pace of work, there was a review and this year another N29 Million was approved, we do not want another review, the company must return to site or face the consequences”, SGF Mustapha said.

Mustapha further assured that the Federal government remains committed to giving Nigerians good roads and other infrastructure, stressing that the NNPC will inject funds into the project because of the strategic importance, linking Borno and Adamawa States.

Speaking in the same vein, the Minister of Transportation who oversees the Ministry of Works, Mua’zu Sambo Aji told the contractor, “Your Company is exhibiting incompetence”.

However, the site engineer, Francis Musa, argued that “work stopped because of the Salah break; we’ll be back to work next week.

“I want to also assure the Federal Government that the project will be completed as funds come in.

The SGF also used the period to commiserate with the Lamido Adamawa, Barikindo Aliyu Mustpha over the death of Mohammed Sanusi Barikindo, OPEC Secretary General who died last week.