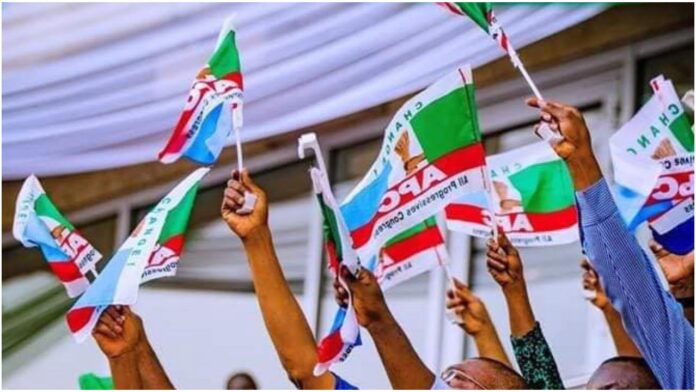 Following the decision of the ruling All Progressives Congress, APC, to adopt a Muslim-Muslim joint ticket for its 2023 presidential campaign, more party hierarchies have continued to dump the party in disagreement with the decision.

The latest party stalwart to dump the ruling party is Prince Tonye Wilson, an ally of former Minister of Transport, Rotimi Amaechi.

Asiwaju Bola Ahmed Tinubu, the APC presidential candidate had picked Senator Kashim Shettima, a fellow Muslim and a former Governor of Borno State to be his running mate amidst public outcry and condemnation.

Tonye’s resignation of APC membership came days after some members of the party from Rivers State like Dr Dawari George and Ibim Semintinari, a former Managing Director of the Niger Delta Development Commission, resigned their membership of the party.

The trio are all close allies of former Transportation Minister, Rotimi Amaechi, and are key figures of the party in the state.

Announcing his exit from the party on Tuesday, Tonye in a letter addressed to the APC Chairman, Ward 3, Buguma City, Asari Toru Local Govemment Area, hinged his decision to quit on the Muslim-Muslim ticket masterminded by Bola Tinubu, the party’s presidential flagbearer for the 2023 polls.

“While I appreciate my leader Rt Hon Rotimi Amaechi and all his efforts,I cannot defend the decision of my party, in fielding a Muslim-Muslim ticket, especially at a time like this, against all protestatians from well meaning Nigerians, across religious and political divides.

“It sets a very wrongcprecedent, it is totally Insensitive and even if you win, will prove bad for good governance,” he said.

He added that “Under these dire circumstances, I find no justification to still remain, in good conscience, a member of a political party that subordinates electoral victory, OVER the safety of lives and the peace of mind of Its citizens.

“Buhari resisted the same temptation and chose a little known Osinbajo and won.

“By doing this, Tinubu is saying that a Northern Christian has no electoral value. My staying means I agree.

“I wish you well. And I remain gratehul to our Leader, but l can not defend the Indefensible.”

Meanwhile, the North-west chapter of APC has thrown its support behind the choice of Senator Kashim Shettima as the running mate to the party’s presidential candidate, Asiwaju Bola Ahmed Tinubu.

A statement released to newsmen Tuesday in Abuja by the zone’s publicity secretary, Malam Musa Mailafiya Mada, said the decision was taken in Dutse, Jigawa state capital when zonal officials of the party led by the National Vice Chairman, Northwest, Malam Salihu Moh. Lukman met with parry leaders and other stakeholders in the state.

“Prominent among issues raised at the meeting is the emergence of Senator Kashim Shettima as the running mate of the Party’s Presidential Candidate Asiwaju Ahmed Bola Tinubu and how the Zone should position itself in bringing victory to the party at all levels.

“Participants resolved to work for the unity of party members and stronger commitment to mobilize Nigerians to vote to elect Asiwaju Bola Ahmed Tinubu and Sen. Kashim Shettima as the next President and Vice President of the Federal Republic of Nigeria and all candidates of the APC in the 2023 general elections.”

According to the statement, the ongoing voter registration exercise was also analysed and participants submitted that “the exercise was moving extremely slow due to the inadequacy of capturing systems which results to the poor outcome recorded by the geographical zone.”

Speaking at the meeting, Lukman assured that all the issues raised during the interaction will be reflected in his report at the end of the tour for proper documentation and action.

Governor of Jigawa State, Alhaji Badaru Abubakar who was represented by his deputy and the party gubernatorial candidate in the state, Alhaji Umar Namadi thanked the zonal party officials for visiting the state on a fact-finding mission.

The Deputy Governor enumerated measures taken to strengthen the party in the state which he said includes the establishment of reconciliation committee saddled with the responsibility of reaching out to aggrieved party members for reconciliation.

“Another committee established by the Jigawa State Government is that for voter registration which is charged with the responsibility of ensuring success of the exercise in the state”, Mada said.