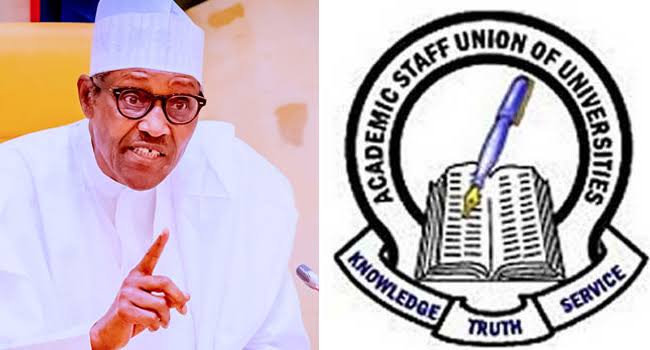 The Federal Government says there was no Collective Bargaining Agreement(CBA) between it and the Academic Staff Union of Universities(ASUU) which currently awaits signing by the President.

Sen. Chris Ngige, Minister of Labour and Employment, said this in a statement signed by Mr Olajide Oshundun, Deputy Director, Press and Public Relations in the ministry on Wednesday in Abuja.

Ngige said that the clarification was necessary in view of the deluge of deliberated misinformation being dished out to Nigerians by the President of ASUU, Prof. Osodeke as well as his branch leaders.

They are calling on President Buhari to sign an agreement which they claimed to have reached with the federal government.

According to Ngige, when Collective Bargaining Agreement is produced between unions and the federal government, it is not the president that signs.

“But by the government side, the Ministries, Departments and Agencies (MDAs) led by the direct employer with the concillliating ministry witnessing.

“We wish therefore to inform Nigerians that there is no such CBA that has been reached between the federal government, ASUU and other university unions on the renegotiation of their salaries and allowances(wages).

“What is in existence is a proposal. Even when such CBA is made, it is not the president that signs it. From available records, no Nigerian President or sovereign signs such, ’’he said.

The minister added that the true position was that Nigerians were aware that ASUU had been on strike since Feb. 14, and locked in negotiations on their demand.

He said that their demand particularly include, their conditions of service – wages, salaries, allowances and other public service matters, that would be guided by relevant federal government ministries and agencies.

He said that those involved include the Ministry of Finance, Ministry of Education, Ministry of Labour and Employment, Budget office of the Federation.

He noted that others were the National Salaries Income and Wages Commission, Office of Head of Service of the Federation, through the newly set up Prof. Nimi Briggs Committee.

“Note that that Prof Nimi Brigg Committee just like the Prof. Munzali Committee it replaced, is an internal committee of the Ministry of Education to receive ASUU demands and renegotiate areas of 2009 Agreement.

“This is while also receiving briefs from the MDAs mentioned above that act as advisers, before making any counter offer to ASUU and other unions.

“Unfortunately, ASUU insisted that these relevant advisory MDAs recue themselves from the sitting of the Briggs Committee accusing them of non-cooperation,’’ he said.

According to Ngige, due to exclusion engineered by ASUU, and the arising complaints to the Chief of Staff to the President and the Minister of labour and Employment by the concerned MDAs.

He said the Chief of Staff and the Minister of Labour set up an inter-Ministerial/Agency sub Committee comprising the affected MDA’s under the Minister of State Budget and Planning.