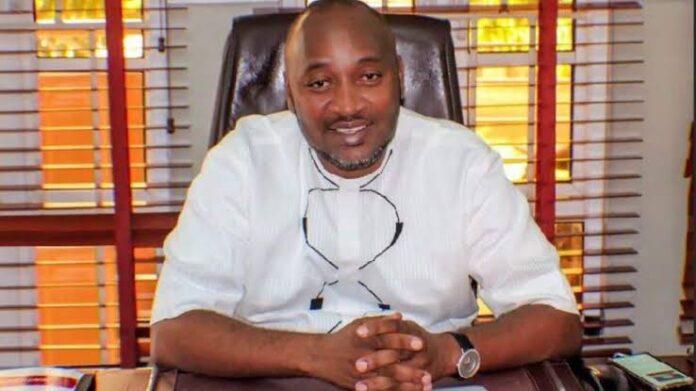 Presidential Candidate of the African Democratic Congress (ADC), Mr Dumebi Kachikwu, has implored Nigerians not to relapse to despondency over what they may perceive as the current difficulties in the country.

Delivering a message on “The state of the nation’’ late on Tuesday in Abuja, Kachikwu listed a litany of problems plaguing the country, saying the ADC was on course to rescuing Nigeria from the ills.

He blamed the plethora of problems currently plaguing Nigeria on what he described as poor governance.

Kachikwu said the way for Nigeria to be pulled out of the woods was for the electorate to vote for competent people in 2023, to administer the country and bring about positive changes.

He cited untoward events in the country in recent months, including abductions, jail breaks, fuel scarcity and other ills.

He lamented that the current National Assembly was not living up to the expectations of the people who voted them into office.

“The most painful part of our collective suffering is that we are too afraid to say anything. Media houses operate in fear of having their licences suspended or revoked.

“Who will save the Nigerian people? Who will save us from ourselves,’’ the presidential candidate asked, criticising the judiciary for also not living up to expectations.

Kachikwu said the way out was not for Nigerians to run to other countries to seek better lives, advising that Nigerians should take the bulls by the horns and save their country from incompetent leaders.

He, however, pleaded with aggrieved individuals and groups, including university lecturers to return to their jobs to save the future of the country.

“Let us act now to save Nigeria and let us speak with one voice to make the difference for our beloved country,’’ the presidential candidate stated.

Kachikwu said that he was prepared to pay the supreme price to make Nigeria better, noting that he had been hounded by detractors since he offered himself to serve his fatherland.

“Several months ago when I announced my intention to run for the highest office in the land, It was clear within me that it was a suicide mission,“ he said.

He pleaded with Nigerians to support the ADC to bring the change the populace had been clamouring for.