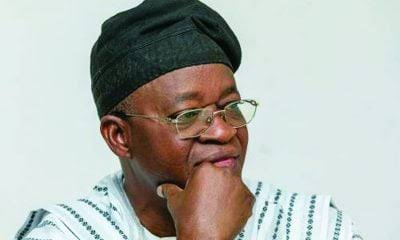 A Federal High Court sitting in Abuja, has declined to disqualify Governor Adegboyega Oyetola of Osun State from participating in the forthcoming governorship election in the state as candidate of the ruling All Progressives Congress, APC.

The court, in a judgement that was delivered by Justice Inyang Ekwo, held that the suit that sought to invalidate governor Oyetola’s nomination as flag-bearer of the APC for the election, lacked merit and deserved to be dismissed.

Justice Ekwo held that the Plaintiff, Moshood Adeoti, failed to establish a reasonable cause of action to warrant Oyetola’s disqualification.

Also, the court held that the suit, which it said was an abuse of the judicial process, was not backed with relevant laws, adding that it was brought outside the scope of section 87(9) of the Electoral Act and Section 22 of the 1999 Constitution, as amended.