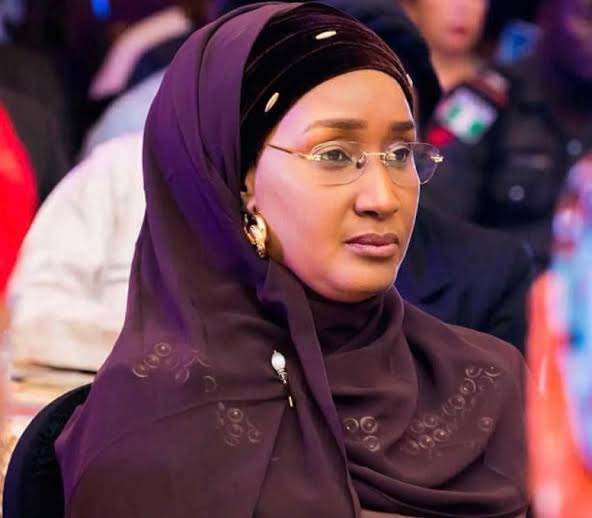 Minister of Humanatarian Affairs, Disaster Management and Social Development, Hajiya Safiya Umar Farouk has been advised to stay clear from involving herself in the local politics in Bauchi State.

A Bauchi based political group, APC Initiative for Good Governance, handed over the advice to the Minister of Humanitarian Affairs, Disaster Management and Social Development, Sadiya Umar Farouk to steer clear of Bauchi State politics and face her primary responsibility.

The group in a statement released yesterday by the coordinator in Bauchi State, Nasiru Cigari advised the Minister to concentrate on her ministerial functions to avoid unnecessarily heating up the political scene of the state.

The group alleged that the Minister who is married to the gubernatorial candidate of the ruling All Progressives Congress (APC) Saddique Baba Abubakar alledged that the Minister is unnecessarily interfering in the issues of politics which did not concern her in whatsoever.

The group advised that the Minister should just fold her arms and watch political issues from afar not poking her nose into it.

“It is no longer news that the ticket of APC House of Representatives of Bauchi Federal constituency is vacant, following the withdrawal of its standard bearer, Hon Shehu Aliyu Musa who was nominated to serve as the running mate of Bauchi state APC gubernatorial candidate, Ambassador Baba Sadique Abubakar from Giade LGA of Bauchi North Senatorial zone of the state”.

“This development necessitated the party to call for a new nomination to fill the vacant position. However, recent moves and scheming to impose the current Member, (who was earlier rejected by his constituents who, even his membership of the party was in question) by the Minister of Humanitarian Affairs who also doubles as Wife of the Governorship candidate stands condemned by all voices of reason”.

The group said to set the records straight, the Minister has no stake in the politics of Bauchi state and Bauchi LGA by extension.

“If she has any moral obligations to do so, then that should be in Shira/Giade Federal Constituency (the adopted constituency of her husband).”

“We are advising her to put a stop to any attempt to impose any candidate on the constituents of Bauchi Federal Constituency and concentrate on taking care of her husband and discharging her responsibilities as a Federal cabinet Minister. “The fact remains, that Sadiya has abandoned her responsibilities of spearheading the Humanitarian and disaster crises bedevilling our country while also diverting social programs meant for the benefit of the whole country to Bauchi state all in the name of influencing her husband’s gubernatorial ambitions.

He assured that they would not relent in following all necessary steps within the ambit of the law to resist her desperate interference in the state politics.