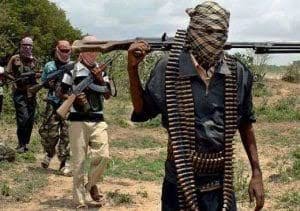 Locals told newsmen that the bandits, arrived the community when residents were involved in market activities on Saturday .

Wase communities have been experiencing banditry activities in recent time, forcing many to flee their homes.

Zurak Kampani community is over a 100km drive from the headquarters of the LGA.

Major Ishaku Takwa, the spokesperson of a multi-security taskforce, Operation Safe Haven (OPSH), deployed to restore law and order in Plateau confirmed the ambush but said no soldier was killed in the incident.

But a resident of Wase town, Abdullahi Usman, had earlier told our correspondent that the bandits killed one soldier and injured one other.

He said the soldiers stationed in the area repelled the attack.

Our correspondent reports that a day before the ambush, bandits stormed Pinau village of the same LGA, and rustled over 500 cattle.