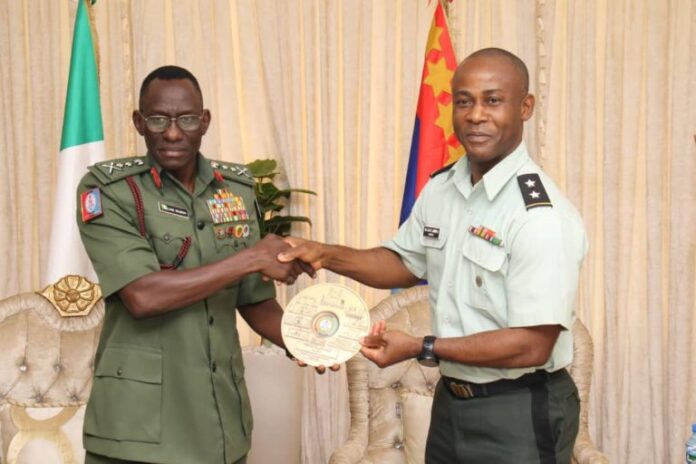 The Chief of Defence Staff (CDS), Gen. Lucky Irabor, says the Armed Forces of Nigeria has remained committed to ensuring stability in the West African subregion.

Irabor said this when he received the Chief of Staff, Armed Forces of Liberia, Maj.-Gen. Prince Charles Johnson, in Abuja on Friday.

He said that the Nigerian armed forces was proud to have actively participated in the support efforts to restore peace to Liberia during its security challenges.

He assured the Liberian military chief that the Nigerian military would continue to render the needed support to the Liberian armed forces in building its capacity required to undertake the responsibilities of defending and securing its nation.

He said that President Muhammadu Buhari had shown strong support for the Nigerian armed forces engagement in Liberia.

According to him, this is in accordance with Buhari’s commitment in ensuring peace and stability in Africa.

Earlier, Johnson commended members of the Nigerian armed forces for playing a vital role in the restoration of peace and stability in Liberia.

He said that Nigeria and Liberia had long standing defence and bilateral relations, adding that Liberia had witnessed 17 years of relative peace and stability because of the sacrifices of men and women of the Nigerian military.

The Liberian military chief pointed out he had his military senior course in Nigeria, at the Armed Forces Command and Staff College, Jaji, Kaduna State, and that he was glad to attend the graduation of Senior Course 44 of the college on Thursday.

He said that the visit was to seek ways of improving the existing defence ties with a view to tackling contemporary threats facing the subregion.

He also said that the Liberian armed forces personnel were already gaining from the training arrangement with the armed forces of Nigeria.

He added that the expertise and experience received from their Nigerian counterparts would help in addressing future threats in Liberia and Africa.