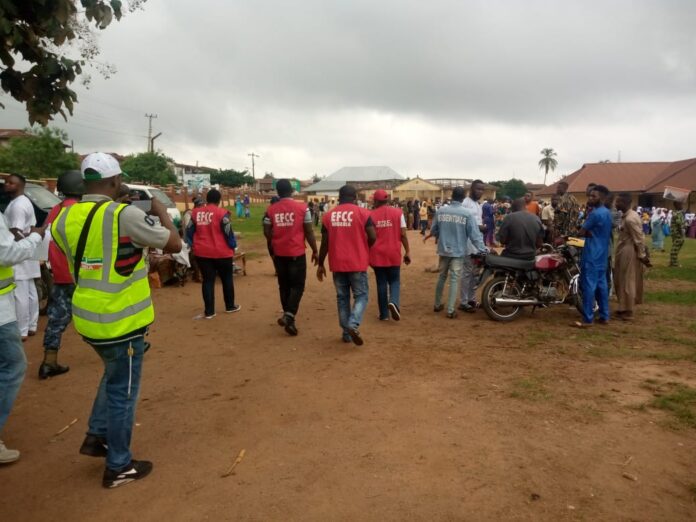 Electorates in some polling units in Osun State have commended the Independent National Electoral Commission, INEC for ensuring that accreditation and voting commenced as early as possible on Saturday.

Checks by our Correspondent that INEC officials arrived polling units early as at few minutes before 8am while processes started immediately.

There was adequate peaceful atmosphere in most parts of the places visited by our correspondent as voters filed out early to the polling units to exercise their franchise.

At Ward 4, Unit 20, Old Governor’s Office Area in Osogbo Local Government Area of the state, voters were seen on the queue as 8:00am for accreditation and voting.

Speaking to the INEC, the Presiding Officers on duty, informed that they arrived at exactly 7:40am and that processes started immediately.

However, an INEC official for Ayedaade was there to correct the mixed up.