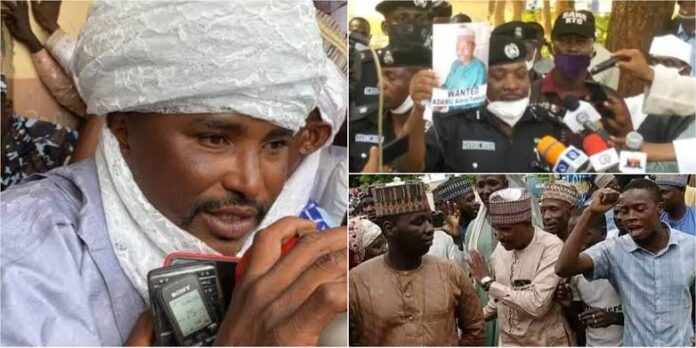 *By his new title, he is now the leader of the Fulani clan in the emirate

A new twist has been introduced to the federal government’s fight against banditry and terrorism, as a wanted notorious bandit was over the weekend conferred with a traditional title.

However, the said Aleru was declared wanted by the Nigeria Police in Katsina state over his alleged involvement in banditry acts. He was said to have fled Katsina state and took abode in Zamfara state.

The ceremony was performed in Yandoto town, the headquarters of the emirate, in a colorful ceremony.

By his new title, Ado Aleru is now the leader of the Fulani clan in the entire emirate.

Most worrisome is that as at the time of going to press there has not been any comment from either katsina or Zamfara states government on the development.

Reports said that the turbaning ceremony took place on Saturday evening; hours after the emirate had suspended the process indefinitely.

It was learnt that several bandit group leaders and their subordinates arrived at the venue of the occasion on several motorbikes to celebrate with Aleru.

Of significance also was the fact that the new traditional ruler had police escorts at the turbaning ceremony.

Commenting on the development, the spokesperson of the emirate, Lawali Magaji said, the title of Sarkin Fulani was conferred on Adamu Aliero considering his present status as a peacemaker within the emirate.

Magaji added that with this development, the people of the emirate could now go to their farms without fear of bandits’ attacks.

“He has been trying to stop banditry activities within the emirate and we have seen positive changes.

“The conferment of the title of Sarkin Fulani on Adamu Aliero will give him more power to control the entire Fulani people within the emirate”, he said.