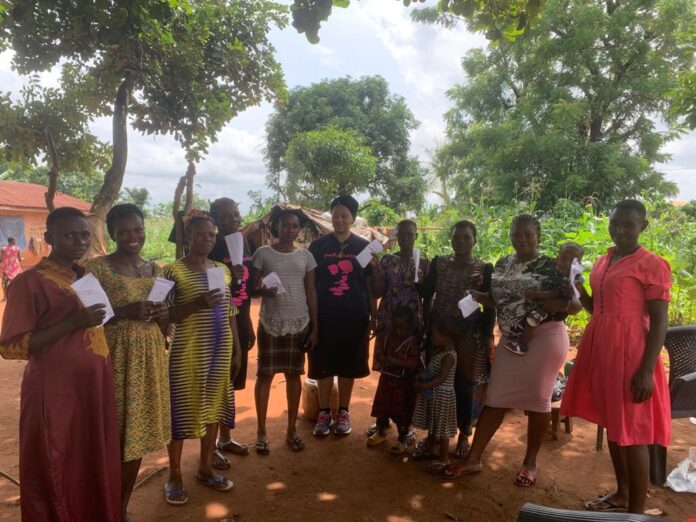 Fifty percent of workers in stone crushing communities at Nkwelle Ezunaka in Anambra State, South-east Nigeria are women, a study by SafePath Alliance for Women and Girls (SAFEPATH -NIGERIA) has revealed.

According to the study, some of the women workers are from single headed households, some are widows while some are from internally displaced families who escaped conflict prone areas in Ebonyi State.

“With no education and few employment opportunities, some of the women end up in slums and shacks within the peri-urban areas, stuck with odd jobs, fighting to survive gender-based violence and discrimination while majority of the women jump into breaking stones, to be able to feed their families and send their children to school,” Director, Safepath Alliance for Women and Girls, Mrs Nkechi Odinukwe said.

She noted that breaking up and removing huge chunks of rock from lands in Onitsha, the commercial city of Anambra State and its environs has for years been performed by artisanal stone breakers who are not organised thereby making it easy for buyers to exploit these workers.

The SAFEPATH -NIGERIA has also moved to improve the livelihood and earnings of the women by empowering them with seed funds to venture into value-adding small-scale businesses.

Mrs Nkechi Odinukwe, explained that ” this is the first batch of women stone crushers to be empowered with seed funds and corresponding skills needed to build an alternative source of income.

”The idea is to start small with this group of women, pilot test a gender action learning (GAL) process with them to see how best to effectively organise them into a viable group, a group that is able to provide support to women workers in the informal economy while also having access to opportunities to engage with government and industry stakeholders on challenges women workers face.”

Mrs Odinukwe said with the escalation of terrorism and herdsmen crisis in the northern part of the country, population is increasing at a very high rate in Anambra State, creating a high demand for buildings and infrastructure.

According to her, women are often contracted to work by private landowners with little or no regulation from any government agency.

She said; “For a region that is presently facing huge environment challenges (especially gully erosion), workers and landowners in these communities appear to be totally unaware of any implication that breaking stones could cause to the environment or their lives.

“Crushing stones manually using sledgehammers without any protective gear creates a lot of health issues for women workers, who complained of chest pain and other respiratory complications. This category of workers remain totally forgotten and cut off from government palliatives aimed at cushioning Covid-19 lockdown impact.

“The situation of these women is further exacerbated by loss of work hours and earning due to weekly mandatory lockdown of business by , South east secessionist group IPOB,” she said.

According to Safepath Alliance for Women and Girls, the financial empowerment of these women workers is the beginning of a learning process that the organisation hopes can be used to support informal economy workers, create awareness on some of their work related challenges while at the same time empowering women to become leaders and solution providers in communities they live in.

Gender action learning process
The project has been planned in a way that allows the women workers to not only receive financial support but to also be accompanied by Safepath for a one year- period through a gender Action learning process from where a wide range of training support on gender equality, gender based violence, occupational safety and health and entrepreneurial skills building would be provided.

The one year gender action learning process will also be used to create adequate awareness on environment degradation and conservation issues in stone crushing communities.

Explaining gender action learning as an approach to solving real life problems using local solutions, Mrs Odinukwe believed that the idea of continuing to provide soft support for women crushers is to use the period to build a healthy space where local women made up of diverse age grouping can commit to learning together to overcome their problems.

One of the women workers interviewed during the survey by the organisation, shared her experience.

She said; ”Most weeks, I go home with nothing as it takes about two weeks of nerve-racking work to crush a tipper load of stones.

“I am just surviving with my seven children living from hand to mouth. My husband is a day labourer and does not give me much to take care of the family. Rather than watch my children starve, I took up this work, but it can take time to break enough stones to sell.”

SafePath Alliance for Women and Girls is a Nigerian non-government, non-profit organisation that works to advance secure pathways for women and girls to combat violence, survive crises and walk out of unemployment and poverty.