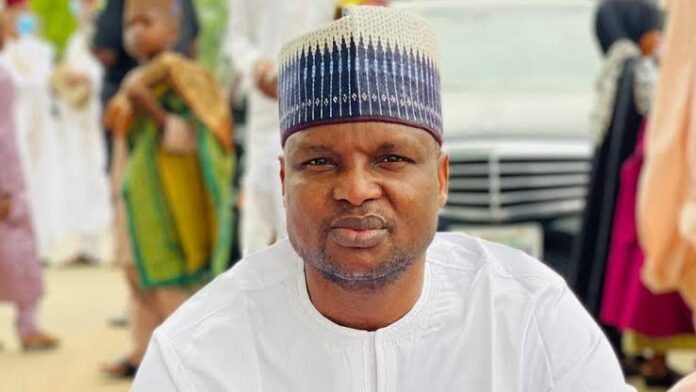 A Federal High Court sitting in Abuja, yesterday, fixed Wednesday to hear a fresh bail application that was brought before it by the suspended Deputy Commissioner of Police, DCP, Abba Kyari, who is facing drug trafficking charge.

Kyari, through his team of lawyers led by a Senior Advocate of Nigeria, SAN, Dr. Onyechi Ikpeazu, begged the court to release him on bail, insisting that his life is in danger at the Kuje Correctional Center.

Though the court had earlier denied him bail, Kyari, who hitherto headed the Police Intelligence Response Team, IRT, said he was compelled to make the fresh request, owing to the recent occurrence at the Kuje prison facility.

Nigerian pilot recalled that terrorists had on July 5,2022 broke into Kuje prison in Abuja and freed hundreds of inmates that includes alleged Boko Haram members.

It was reported that some of the insurgents that invaded the prison, made frantic efforts to locate Kyari’s cell.

Kyari had on May 24 when his trial came up, told the court that he felt unsafe at the prison facility, alleging that he was being remanded with hardened criminals.

His lawyer, Ikpeazu, said the fresh application for the court to reconsider the request his client earlier made for bail pending the determination of the charge against him, became necessary, considering the nature of assignments he undertook while performing his duties as a police officer.

He told the court that some of the inmates on remand at the Kuje Correctional Center, were people that Kyari’s team at the Police IRT, made their arrest possible.

Aside from DCP Kyari, three other police officers that are equally on trial over the alleged offence- ACP Sunday J. Ubia, Insp. Simon Agirigba and Insp. John Nuhu- also begged the court to okay their release on bail on safety ground.

The 3rd defendant in the matter, Bawa James, who is an Assistant Superintendent of Police, ASP, did not join them in the application.

The NDLEA, through its Director of Legal Services, Mr. Sunday Joseph, urged the court to refuse the Defendants’ fresh request for bail.

Meanwhile, the NDLEA on Monday, opened its case against the Defendants by presenting its first witness before the court.

The witness, Mrs Patricia Afolabi, told the court that she is a Commander of Nacotics attached to the forensic unit of the agency, adding that part of her job specification involves receiving and conducting forensic analysis on drug exhibits.

She told the court that she had on February 7, 2022 received from the forensic liaison officer of the agency, Abubakar Aliyu, one sealed transparent evidence pack that contained 24 dispensing pack each.

According to the witness, each of the park, contained white substance measured at 0.5grams.

She said the package also contained a request form for analysis.

“From the analysis I conducted, which I labelled exhibit A-X, I found out that 21 of the exhibits contained cocaine, while exhibit H to G were found to be negative.

“I then issued an analysis report of my findings, which I signed and sealed. I repacked them as exhibits in a large envelope and addressed it to the officer in charge at NDLEA Abuja”, the witness stated.

Trial Justice Emeka Nwite admitted all the exhibits in evidence without objection from the Defendants.

While being cross-examined Kyari’s lawyer, the witness, said it was not true that every suspect in a drug deal must be present before such analysis could be conducted.

She said it was not customary that all suspects would be present when substances are also handed over for analysis.

She confirmed that NDLEA operatives are stationed in all entry points in Nigeria, including at the Akanu Ibiam International Airport in Enugu.

Asked if she knew if it was NDLEA that recovered the cocaine at the Airport in Enugu, the witness, said she was not aware.

“I don’t know who recovered the substance. I did not come in contact with any of them”, she added.

The court adjourned further cross-examination of the witness till Today.

The NDLEA alleged that Kyari and his men, unlawfully tampered with 21.25kilograms worth of cocaine that they seized from two apprehended drug traffickers- Chibunna Patrick Umeibe and Emeka Alphonsus Ezenwane, even as it also accused them of dealing in cocaine worth 17.55kg.

It alleged that the police officers committed the offence between January 19 and 25, 2022, at the office of Inspector-General of Police (IGP) IRT, Abuja, in connivance with one ASP John Umoru (now at large), contrary to section 14(b) of the NDLEA Act, CAP N30 Laws of the Federation of Nigeria 2004.

Besides, Kyari, was said to have attempted to bribe a senior officer of the NDLEA with $61, 400. 00 at a restaurant in Abuja to prevent the testing of part of the cocaine that was seized from the two arrested drug pushers.

Both Umeibe and Ezenwanne, who were cited as 6th and 7th Defendants in the charge marked FHC/ABJ/57/2022, were arrested at the Akanu Ibiam International Airport in Enugu while attempting to smuggle cocaine into the country.

They had on March 7, 2022when they were arraigned alongside Kyari, pleaded guilty to the drug trafficking charge.

Moreso, the court had  on June 14, 2022 sentenced them to two years imprisonment in line with a plea bargain agreement they entered into with the NDLEA.