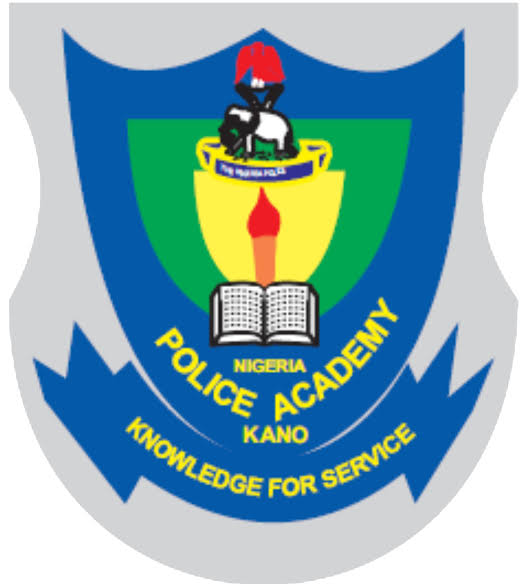 A lecturer at the Nigeria Police Academy, Wudil, Kano, Dr. Goddy Igbaekeme, has written to the Speaker of the House of Representatives, seeking justice over irregularities, as well as the constitution of a parallel Assembly amongst other things, in the Academy.

Dr. Igbaekemen also prayed that those that constituted a parallel Assembly within the Academy should be sanctioned as he described such act as a crime against the state.

Dr. Goddy Osa Igbnaekene, in his letter to the Speaker of the House of Representatives, alleged that some members of authority of the Academy connived with some staff of First City Merchant Bank, FCMB, the bank through which he receives his salary, to withhold his salaries since 2015.
Again, he also accused the authorities of the academy of recognizing fake professors as lecturers in the Academy, an issue that the Nigeria University Commission seriously frowns at.
Dr. Igbaekeme, who also wrote a letter of complaint to the Minister of Police Affairs, alleging Professor Indabawa Sanni Umar, the Acting Coordinator of Nigeria Police Academy, Wudil of threatening his life and also attempting to stop him from participating in the second semester exam of the Academy, urged the Minister of Police Affairs to intervene by checking the excesses of the acting coordinator as he is acting outside his area of purview by reviewing the Honourable Minister’s position, as well as interfering on the resolution of the National Assembly with respect to the aforementioned matters.

Further investigations however revealed that, another lecturer in the Faculty of Law of the Academy, Barrister Chigozie Nwagbara is also owed some salary arrears. Confirming this, Barrister Nwagbara said; “… that Dr. Igbaekeme and I, are owed for forty months for the period we were unlawfully laid off by the Academy, is not an allegation at all. It is a fact…” She went on to reveal that the Academic Staff Steering Committee of the Academy had earlier recommended to the Commandant for the salary arrears to be paid, but later reneged on the recommendation for whatever reasons, in spite of the fact that the National Assembly had earlier approved the payment of the salary arrears that the Steering Committee is now interfering in.

Mr. Jimoh, an Account Officer in First City Merchant Bank, FCMB, Kano, when contacted to speak on the issue concerning the withholding of salary arrears of the duo, declined to comment, but rather advised that FCMB branch in Benin should be contacted to confirm an allegation of an account that is domicile in Kano branch of the bank.

Again, when contacted, the Secretary, Academic Staff Steering Committee of the Academy, Ms Oyinyen Igbanusi, said she knows nothing about the allegations made by Dr. Goddy Igbaekeme in the letter of complaint to the Speaker of the House of Representatives. She however added that, the Media should rather come to the Academy, in Kano to conduct investigation on what could be ordinarily done on phone.

Finally, on Monday, 18th July, when we called Dr. Igbaekemen, the complainant, he confirmed he actually wrote the letter to the Speaker of the House of Representatives and that information reaching him, reveals that, the authority of the Academy has paid some police officers for him to be arrested on arrival to the Academy on account of the letter. He said; ‘…all I need is justice and I will explore all the legal channels to get it”.