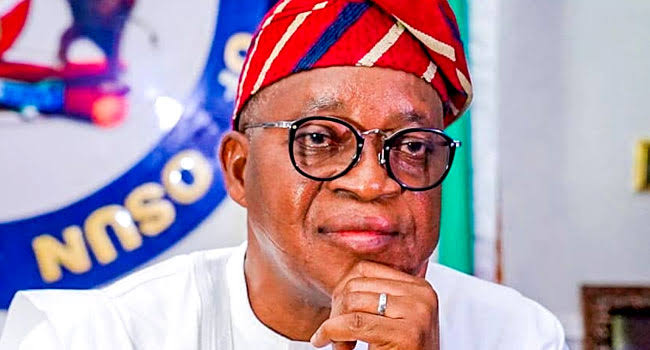 All Progressives Congress (APC), South Africa chapter, says the party has been taught a “big lesson” by the defeat it suffered in the just-concluded governorship election in Osun.

The chapter called on the leadership of the party to begin the process of true reconciliation among aggrieved leaders and members nationwide.

The Chapter’s Chairman, Bola Babarinde and the Publicity Secretary, Sanni David, in a joint statement, on Monday in Osogbo, said the crisis within the party should had been well managed for it to emerge victorious in the election.

The chapter urged Gov. Gboyega Oyetola to use the remaining months of his administration to complete his assignments and projects in the best way.

The group, however, appealed to APC members in Oyo State to learn from the Osun election and start the process of reconciliation with aggrieved members.

“Oyo APC should learn from this big lesson and disaster in Osun State, and aggressively start the process of reconciliation with all aggrieved members to work for the party’s governorship candidate, Teslim Folarin, for resounding success in 2023.

“Folarin should not leave any stone unturned in gearing up internal reconciliation mechanism.

“No advice should be taken lightly especially from Diaspora because we have immense contributions towards party success,” it said.

The chapter also called on party leadership to embrace the reward system mechanism for the party loyalists, who worked for the progress of the party but were neglected.

“APC should begin to take serious the reward system of members of our party.

“Most members are aggrieved, dejected, probably the way the party leaders treated them, especially after working so hard for the success of our party”, it noted.

The chapter also called on leaders of the party and public office holders to be more accommodating, open to ideas, and be kind to members.

“This is the right time for our party to look inwards and begin administration of inclusiveness, especially for members in diaspora.

“We are not competitors, but partners in progress, we have lots to offer in human and resource management, ideological based party structure, foreign direct investment, party sustainability and innovations,” it said.

The chapter also called on APC leadership to re-strategise to win the presidential and other elections across the states in 2023.

The News Agency of Nigeria (NAN) reports that the Independent National Electoral Commission (INEC) on Sunday declared Adeleke as the winner of the Saturday’s governorship election in Osun.

Announcing the results at the INEC Collation Centre, Prof. Oluwatoyin Ogundipe, who was the returning officer, said that Adeleke polled 403,371 votes to defeat his closet rival, Oyetola, who scored 375,027 votes.