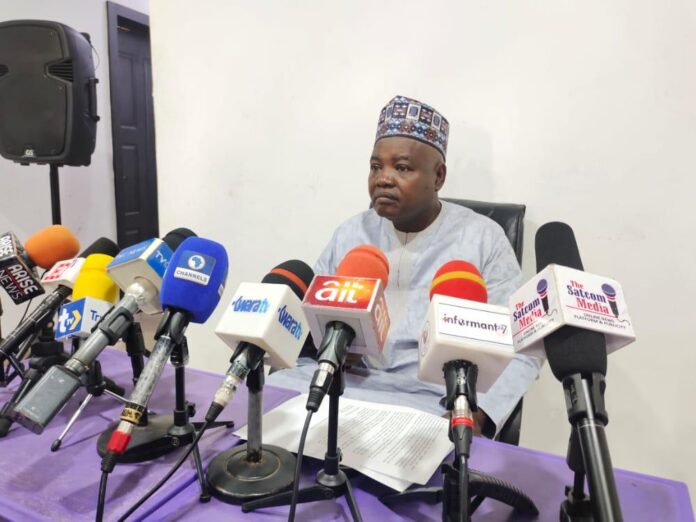 Kwara State Government has alleged a grand plot by members of some opposition politicians to launch a coordinated campaign of calumny against Governor AbdulRahman AbdulRazaq and some other top government officials.

Addressing a press briefing on Tuesday in Ilorin, the state capital, Special Adviser to the Governor on Political Communication Alhaji Bashir Adigun accused some opposition politicians of desperate attempts to smear the image of the Governor using falsehoods of various kinds, including doctored documents, unverified claims, fake videos and other disinformation to mislead the public.

“We have invited you to this News Conference to draw your attention to a plot by some opposition elements in the state the opposition, including the Peoples Democratic Party and their allies, to smear the Governor and some other top government officials with falsehood in their desperate bid to return the state to backwardness and wanton diversion of public funds and resources for their private use,” Adigun said.

“They plan to begin heavy use of some media platforms, including online media, to attack the Government using all sorts of salacious tales that only exist in their imagination.

“We are aware that some mischievous elements are trying to rehash the long dismissed tale of N300m LG funds purportedly missing.

“We have also uncovered plots by the opposition elements to dot the social media and other platforms with doctored financial statements, audiovisuals, innuendoes, and all kind of false and malicious contents to discredit the Governor and other government officials. This plot is dead on arrival as the people can see through the desperation of those who see public offices as their birthright and cannot imagine that the people of Kwara State took their destinies in their own hand in 2019.

“We therefore urge the media to fact check each statement the opposition makes as we move into electioneering because they do not mean well for our people. Similarly, we appeal to the residents of the state to be wary of any statement or contents from these desperate elements and their different allies.”