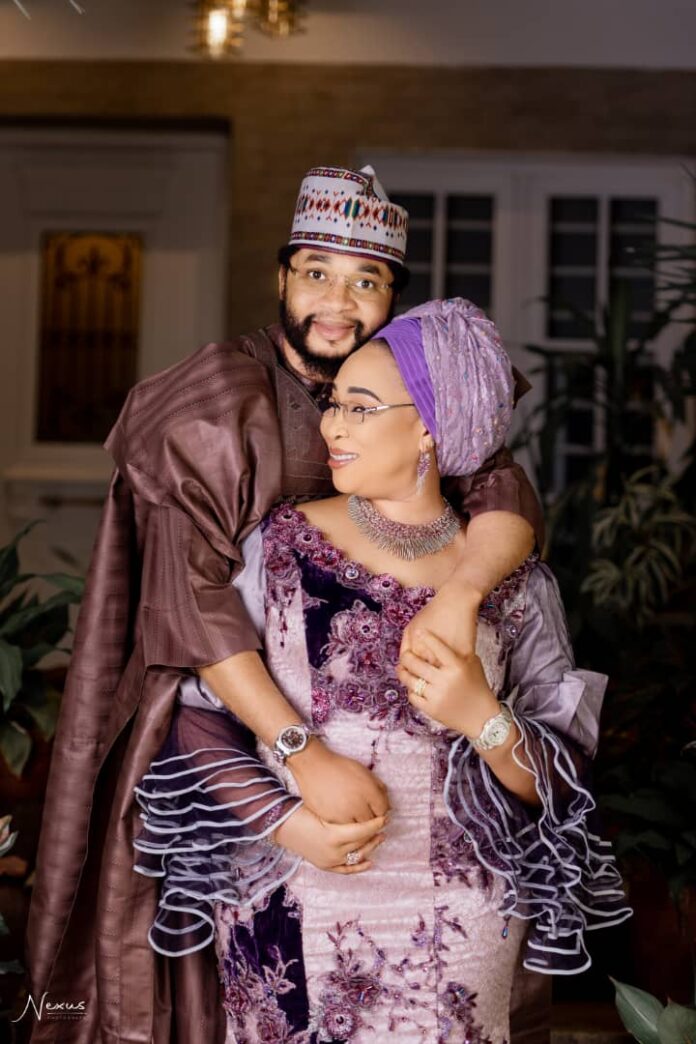 Katsina-born billionaire businessman, Halliru Saad Malami (San Turakin Malumfashi) and his lovely wife, Hauwa celebrated the third anniversary of their union recently in Abuja at an exclusive event witnessed by a select few, who were mostly family members and close associates.

The event, it was learnt, was also intended to mark Hauwa’s 50th birthday, as a precursor to Malami’s 40th birthday on November 27 this year.

Hauwa, the ex-wife of the late Governor Danbaba Suntai, looked ravishing as she stepped out at the occasion for some photo shots with her husband and others.

Born into the illustrious Tahar Ahmed family of Maiduguri, the former First Lady of Taraba State married Malami in June 2019, two years after Suntai’s death from the effect of the 2012 crash of the helicopter he piloted.

By the marriage, the ex-First Lady is now the third wife to Malami, a multi-sector player and the Chairman/Chief Executive Officer (CEO) of ITBAN Global Resources Ltd, with investments in real estate, hospitality and interior design/decoration.

He is also the President of Castle Hotels Group.

His other wives, with whom he already has six children, are Asmau and Bilkisu.