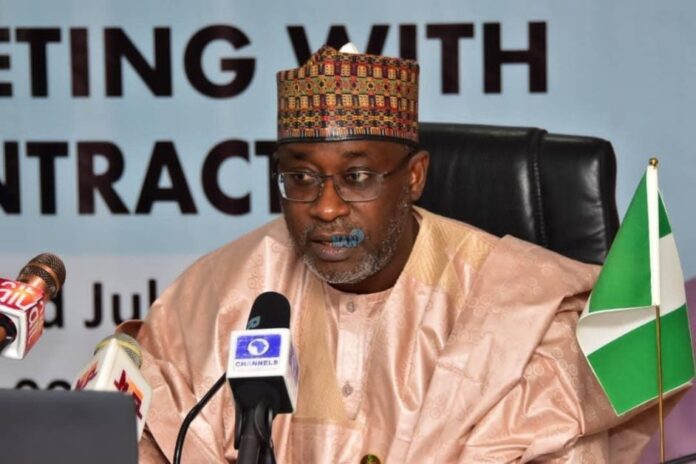 The Federal Ministry of Water Resources on Tuesday, said it will not be deterred by activities of detractors sponsoring false narratives against the passage of the National Water Resources Bill.

The Minister, Mr Suleiman Adamu at a news conference in Abuja, said it was saddening that recent agitation against the bill would not do the country any good.

The News Agency of Nigeria (NAN) reports that the bill which triggered controversy in the National Assembly between 2017 and 2020 has now been re-presented for consideration.

The bill had sparked outrage as many Nigerians interpreted the proposed law as a plot to grab the waterways and hand same to Fulani pastoralists.

Adamu said the bill being re-presented to the National Assembly had been reviewed by water resources experts and had all grey areas addressed.

He said that innovations in the reviewed bill included; institutionalisation of an independent regulatory body to help reposition the water sector to aid cost recovery and improve the irrigation sector.

“As far as we are concerned, our reforms in the water resources sector is to reposition it to where it is supposed to be, and that is our target.

“We are not mindful of the antics of the antagonism against this bill, but we remain committed and focused, while keeping our eyes on the ball to ensure that we do all that is necessary for the benefit of Nigerians.

“We will not be deterred, we will continue to remain focused and I have to say at the end of the day, it is not the color of the article or the false narratives in the media.

“The sponsored articles against this bill will not determine the decision of the National Assembly,’’ the minister said.

Adamu noted that the legislature were knowledgeable enough to discern what was best for the nation, saying, “they are our representatives and I am confident that they will represent us very well”.

He described as crucial for Nigeria and Nigerians to educate themselves on the overall benefits of the bill, saying that meeting the sustainable development goals on water and sanitation was tied to it.

The minister said no city in the country enjoyed uninterrupted pipe borne water, adding that subscribing to sustainable development goals on adequate water supply and sanitation by 2030 meant prioritising access.

He said Nigeria must seek alternative sources of funding to water resources sector, saying reliance on development partners was not sustainable.

“How are we going to do that? If we continue to rely simply on budgetary allocation, it is never going to happen. So we have to think outside the box,’’ Adamu said.