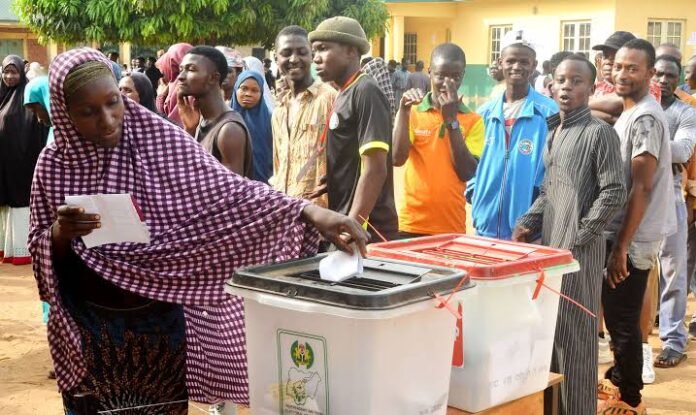 Following growing concerns on the menace of vote buying and other forms of voter inducement during elections, Nigerians have been asked not to condone vote trading and to shift focus on political parties, politicians, and security agencies who do not seem to be doing much against buying and selling of votes.

Board Member at YIAGA Africa, Ezenwa Nwagwu, made the call during an anti-corruption radio programme, PUBLIC CONSCIENCE, produced by the Progressive Impact Organization for Community Development, PRIMORG, Wednesday in Abuja.

Nwagwu, reflecting on the improvement recorded by the Independent National Electoral Commission, INEC, during last week’s Osun governorship election, called on Nigerians to pay close attention to political parties and politicians as they are the main enablers of vote buying and other forms of malpractice; as well as chided Nigerians who justify the sale of votes due to poverty and economic hardship.

He maintained that the introduction of technology into elections and the pressure mounted on INEC by Civil Society Organisations (CSOs) and Nigerians over the years is paying off and pivotal to the credible poll delivered in Osun on July 16, 2022.

Nwagwu stressed that attention should be on political parties and aspirants of political offices who have not shown commitment to ridding corruption and voter inducement off Nigeria’s electoral process, as well as security agencies whose actions and inactions ensure that perpetrators of electoral crimes are not prosecuted.

Expressing discontentment on citizens making excuses for selling their votes, Nwagwu said, “Vote buying is a crime. Let us not justify what dehumanizes us. An election is held on weekends, one Saturday, and that one Saturday, you collect N2000 and justify that it is because of hunger that has not killed you.

“We emotionalize and deodorize crimes. We must come to that point where we face the real issues. When you collect money and gifts, you have already devalued your citizenship by saying I can’t even hold you accountable anymore. Is it the N2000, N5000, Maggi, or sugar that you will collect that one Saturday that will keep you alive for another four years,” He queried?

He added that Nigerians had not paid even a little attention to the political parties and their processes like INEC, noting that “INEC brings election material, but who buys the vote? Who compromise the electoral officer? Who gets the people who snatch ballot boxes if there is a ballot box to be snatched?

“If we are paying equal oversight attention to what people call internal party issues and electoral stakeholders, meaning the political party, the security agents, we will come back to this point where we have seen incremental progress in INEC, but these other people have remained where they are because we are not paying attention,” Nwagwu stressed.

Nwagwu also called on religious and traditional institutions to take the lead in advocacy to discourage Nigerians under their influence from vote trading ahead of the 2023 general elections, while backing evaluation of the activities of security agents after elections to ensure they carry out their jobs to the later.

On her part, the Executive Director of the Emma Ezeazu Centre for Good Governance and Accountability, Mma Odi, tasked citizens with ending vote buying in Nigeria, adding that adopting a complete electronic voting system will mean the end of vote buying in the country.

“I think vote buying will end when we go full electronic voting, so there will be no vote and show anymore. People will have to stop selling and buying votes so that all the free, fair, peaceful, inclusive, and credible elections we have been working hard and praying for will become a reality,” Odi stated.

Public Conscience is a syndicated weekly anti-corruption radio program used by PRIMORG to draw government and citizens’ attention to corruption and integrity issues in Nigeria.

The program has the support of the MacArthur Foundation.