Curbing the devastating scourge of religious intolerance in Nigeria 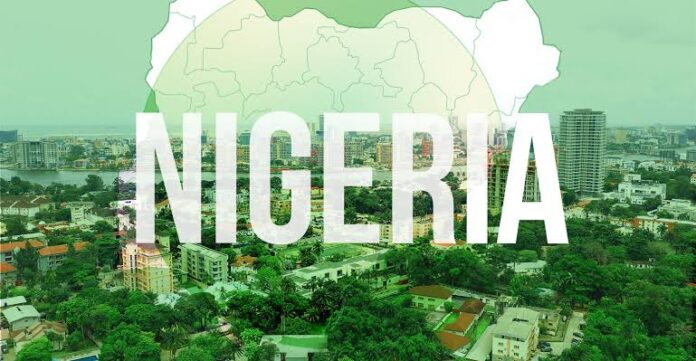 Religious intolerance has in recent times claimed the lives of many, wreaked havoc in various parts of Nigeria. Our Correspondent *BIMBO ADENRELE* in an interview with Mr. Raymond Oise-Oghaede a Political and Public Policy Analyst proffered solutions to the incessant religious scourge.

Recall that Deborah Samuel a 200 level Economics student of Shehu Shagamu College of Education in Sokoto was killed by her fellow students for alleged blasphemy on Thursday, May 13th,2022. She was stoned to death in broad daylight and her body was subsequently burnt with her killers publicly showing off their exploits in a viral video.

In the same vein, Ahmed Usman, a 30 year old member of a vigilante group was killed on Saturday afternoon on June 4th this year in the Lugbe area of Abuja for alleged blasphemy. The deceased was said to be a Muslim was accused of insulting Prophet Muhammed while arresting offenders of market regulations.

According to Mr. Raymond Oise-Oghaede a Political and Public Policy Analyst noted that our country is operating a democratic system of government with the “rule of law” as one of its cardinal principles, therefore, it is expected that the citizenry shall be guided by the law.

There is no place in any subsisting law of this country where it is provided that anyone has the right or authority to take laws into his hands. More so, Section 33 (1) of the 1999 Constitution of the Federal Republic of Nigeria (as amended) states it clearly that “every person has the right to life, and no one shall be deprive intentionally of his life, save in execution of the sentence of a court in respect of a criminal offence of which he has been found guilty in Nigeria”. Be that as it may, what happened in these circumstances could be said to be an aberration from the law of the land. This is totally unacceptable, and, such should be “firmly condemned” in all its ramifications.

Furthermore, he noted that at this stage, it is very important to delve extensively into the issue of “religious intolerance” being the major revolving factor of these incidences. In the Nigerian settings, the three major system of faith and worship are Christianity, Islam and the African tradition or others.

He also said that the majority of the people “do not joke” with their religion; and, as such, it will be safe to say that Nigerians, to a large extent, are “very religious” Therefore, it is not surprising that Section 38 (1) of the Nigerian Constitution guarantees freedom of religion. However, such freedom is to the extent of allowing every citizen to choose, decide, manifest and propagate his religion or belief in worship, teaching, practice and observance. As a result of this provision, no one can compel you to practice any religion against your wish; and, no one can deprive you from practicing the belief or religion of your choice.

Moreover, he stated that the above provision notwithstanding, it is very important to quickly mention that, the freedom does not “permit” anyone to “abuse” or “disparage” other people’s religious beliefs or inclination; because, in the face of the law, no one religion is taken as being superior to the other(s); and, that is why the country is termed as a secular state. It is in recognition of this basic fact that the people are expected to co-exist peacefully and harmoniously in every nook and cranny of the country regardless of whichever religion they practice. Consequently, there are expectations of a high level of tolerance amongst the people in order to make the coexistence to remain meaningful, cordial and mutually beneficial. It is only in circumstances where this high level of tolerance breaks down and slides into a state of intolerance that such ugly incidents of religious intolerance witnessed in various parts of Nigeria rear their ugly heads.

Mr Oise-Oghaede disclosed that it is obvious that the minimum requirement for living together happily and co-ordinately, is tolerance. If we tolerate one another, then there will be mutual respect for our different styles and modes of worshiping God.

He said that Nigerians could be said to be highly tolerable in terms of religious differences. There is hardly any community that you go across the length and breadth of the country that you would not find people of different beliefs living and doing businesses together. As you see different denominations of churches on almost every street; so also, you see mosques of different sizes along the same stretches. As, you hear melodious songs and praises coming from loud speakers of churches; so also you hear the Muslims calling for prayers five (or in some cases six) times daily in the same manner without anyone complaining against one another. The Traditionalists and others are not left out as they also go about their worships and businesses without condemnations from the Muslims or the Christians. So, to a very large extent, it is safe to say that religious tolerance is prevalent in the country.

Furthermore, he noted that in the dim and distant past, some missionaries and religious bodies through their educational institutions played a pivotal role in instilling religious tolerance amongst their pupils/students and the generality of their members. Some other societies and organizations such as the Eckankar, the Rosicrucian Order, the Freemasonry, the ROF to mention but a few, also contributed their quota to sustaining a high level of tolerance amongst the different religions and beliefs.

He said that it becomes unbearably worrisome and saddening whenever incidents like this happen, and some people are always quick to jump into conclusion that a particular set of people and their religion are scheming to wage war against believers of other faiths or religions. We have come a long way together and it will be a big shame if mutual suspicion is the order of the day amongst us at this time and age.

In a country with over 200 million people, it is natural to be experiencing conflicts of interests once in a while; but, that does not mean that we should now forget the positive aspects of our togetherness and set the country on fire for the acts committed by a few. If you take a closer look at the situation, you will observe that the tendencies to commit such heinous acts in the guise of protecting one’s religious beliefs and inclinations are mostly dependent on the environment and the level of tolerance of the people involved.

He disclosed that from whichever angle or perspective we tend to look at it, one of the major factors that has contributed to religious intolerance or acts of fanaticism and extremism in our societies is derived from the “unguarded” and “twisted” “gospels”, “hadiths” and “messages” from the pulpits, alters and shrines of many of our today’s pastors, imams and other religious leaders. Some inciting messages are recorded in audio and video cds; others are written in books and pamphlets or tracts which are used to indoctrinate people into seeing one belief or the other as more authentic or superior to the others. As such, these people who could do “anything” to protect and propagate their own religion are made to see other beliefs or modes or worship as forbidden.

Likewise, he stated that religious intolerance is a plague that we should all join hands together to eradicate from our societies by forestalling such heinous incidents that are happening in various parts of Nigeria. This is very important because, even if justice is eventually served against these evil perpetrators for taking laws into their hands; the life or lives that have been lost will be irreparable.

He said that it will also be in the interest of peaceful co-existence if we should all start restraining ourselves from doing anything that could be seen or taken as denigrating other people`s religion; and, which are capable of degenerating into unfortunate situations.

He stated that the governments at all levels should put machinery in place towards ensuring that all identified factors that could lead to religious intolerance are tackled comprehensively.

He disclosed that our men of God, Pastors, Imams and others should make it a point of duty to always use available opportunities to preach religious tolerance to their congregations/followers; so that the few amongst us that are still capable of overreacting to abuses will gradually imbibe the spirit of not taking laws into their hands.

Also, he said that all major religious organizations and associations should also ensure that they regularly interface with one another regardless of their religious affiliations to work out ways of eradicating “religious intolerance” and promoting peaceful and harmonious co-existence amongst their followers. A situation where they wait for unfortunate incidents like this to happen before trading blames and expressing disaffections will not help matters.

In conclusion, Mr. Raymond Oise-Oghaede advised all and sundry is that, in any circumstances or side of the divide we find ourselves; we should always try as much as possible to ensure that we do not do anything to abuse or demean other people’s religious beliefs. We must all come together, join hands together and fight “Religious Intolerance” together, because we are all in it together.