HomeHeadlinesElections in Anambra, Ekiti and Osun show my affirmation to credible polls...
Headlines

Elections in Anambra, Ekiti and Osun show my affirmation to credible polls – Buhari 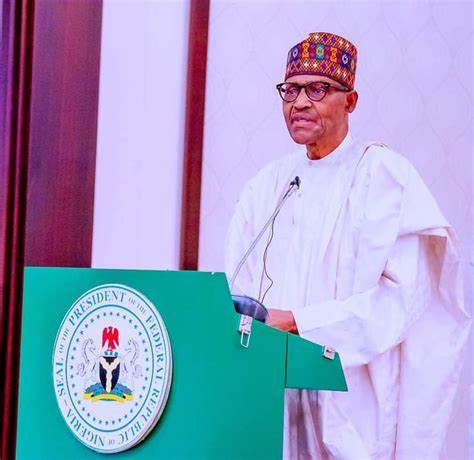 President Muhammadu Buhari has declared that the off-season elections in Anambra, Ekiti and Osun States have confirmed his administration’s irreversible commitment to credible and violence-free polls in the country.

The President said this when he received a delegation from Nasarawa State, Friday in Abuja.

Buhari urged the electorate to vote the All Progressives Congress (APC) in the next general elections to ensure continuity in the polity, and stability in the country and West African region.

He told the high-powered delegation led by the State Governor, Abdullahi Sule, that the Electoral Act, signed by him earlier this year, was an attestation of the fulfilment of the administration’s determination and commitment to the tenets of the rule of law.

‘‘On the issues of credible, free and fair elections in the country, I have always re-assured my listeners both at home and abroad, my personal desire and indeed the priority of this administration is to bequeath to our nation an irreversible political process that continues to be both democratic and acceptable to the people.

‘‘My desire for our nation is that the 2023 elections should clearly mark the commencement of the institutional strength of our electoral body in conducting acceptable, credible and violence-free elections.

‘‘The forthcoming general elections will provide us with the opportunity to convince the electorate on the need for continuity to enable our party to consolidate on our achievements in the last 7 years.

‘‘The government and people of Nasarawa State, as usual, have a great role to play in returning our party to governance in the 2023 elections, in order to create a path for greater socio- economic growth and development. This is not only important for Nigeria alone but also for the West African Sub-Region.’’

Noting that Nasarawa remains very dear to his heart, Buhari described the State as the symbol of hope and determination in collective efforts to entrench democracy in Nigeria.

The President recounted that in 2011, the State stood out during the general elections of that year, as the one State that compensated the political efforts in the then Congress for Progressive Change, defying rigging and ensuring that their voices mattered.

‘‘To demonstrate this admiration and appreciation to the people of Nasarawa State, I personally attended the inauguration of Governor Tanko Al- Makura on May 29, 2011. In 2015 and 2019, the state remained one of the strongholds of our great party, the APC.

‘‘I am optimistic that the people of the State, the APC Government and this broad representation of your delegation will not disappoint me, as we sustain concerted efforts in pushing forward the frontiers of good governance in our country.’’

Buhari also used the occasion to stress the need for partnerships among the three tiers of government in order to deliver good governance, infrastructure and critical services needed by the people.

He pledged commitment to the joint-efforts by the State and the Federal Governments to facilitate easy transportation by road, railways and airports as well as power as no nation can develop without these components of infrastructure.

‘‘The proximity of Nasarawa State to the FCT naturally makes the state a partner in infrastructural development. We therefore need more collaboration to enhance this proximity with other contiguous States to achieve more integrated development,’’ the President said, expressing appreciation to the government and people of the state for their continuing support to his administration.

Governor Sule told the President that the delegation comprising political office holders, royal fathers and community leaders was in the Villa to show appreciation for the numerous projects executed by the Buhari administration which Nasarawa State ‘‘is among the great beneficiaries.’’

On Lafia airport, the governor said: ‘‘By this approval, we can now see our airport being properly utilised not only as a cargo, but also commercial and security airport. This will create enormous economic activities, employment opportunities and more importantly security for our State and region.’’

He also congratulated the President for providing leadership and creating the enabling environment that facilitated the conduct of free, fair and credible primary elections, which resulted in the emergence of Asiwaju Bola Ahmed Tinubu as the Presidential Candidate of APC, as well as the recent Osun elections that produced the PDP-candidate as Governor-elect.