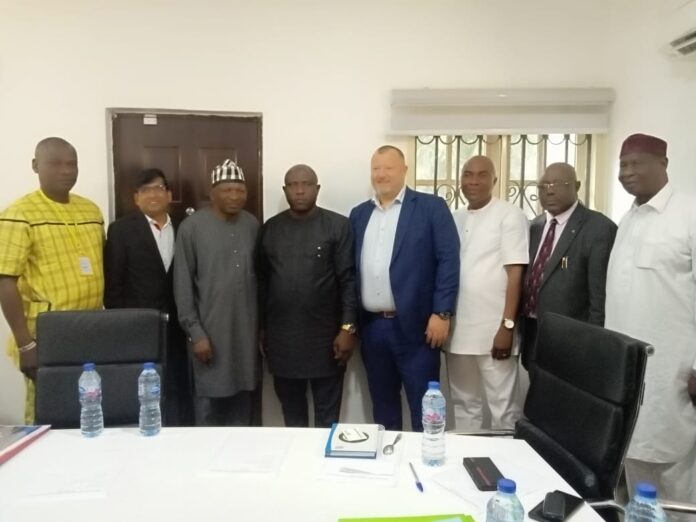 With the desire to complement government effort in the power and energy sector, indigenous oil and gas firm, Obodofei has collaborated with international Construction engineering company, Global Process Systems, GPS to build a gas processing plant in Bayelsa state.

This, Obodofei insisted that this project will bring power into the local community and equally provide job opportunities to the teaming youths in the state.

Speaking in Abuja, on Thursday during the signing of a Non-Disclosure Agreement between Obodofei and GPS, Executive Director Obodofei, Dr. Steven Bassey remarked that it has become eminent for indigenous firms to contribute to the national crude oil basket and this can only be achieved through collaborations between indigenous oil and gas producers and their international counterparts in the service sector.

According to Dr Bassey, GPS through its track record and high-powered equipment will provide the technical support, train indigenous workers while Obodofei will ensure the delivery of the BAY-Gas & LPG hub that will make Natural Gas available, accessible, and affordable to the people of Bayelsa State

He explained that BAY-Gas & LPG hub is an integrated Gas processing and LPG facility that will contain a 5mmscfd gas processing facility, a 500,000,000-metric ton refilling plant intended to service 30 Micro Distribution Centers to be fabricated and installed by the Company.

Also speaking was Director Project, Mr Ken Embeled who disclosed that the total cost of the project is 13.6 billion adding that feasibility studies and economic analysis, the setting up of the Gas Processing and LPG hub in Bayelsa is a viable venture which will conform to all FGN aspirations to deepening the domestic utilization of LPG in Nigeria as contained in the National Gas Policy.

A delegation from Global Process Systems, GPS led by Managing Director Mr Martin Brownhill and Vice President Business Development Rajesh Shah noted that they were impressed by efforts made by the Obodofei to begin such massive project to the state.

Martin noted that GPS was keen about doing its due diligence to ensure that the project meets international best standard adding that it will provide all necessary support, training and advice needed to build and operate the proposed gas processing plant and distribution gas turbine in Bayelsa State.