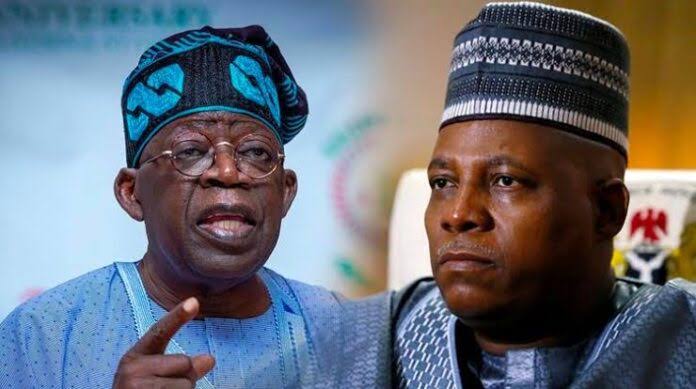 Deputy Speaker of the House of Representatives, Hon. Ahmed Idris Wase has described the ruling All Progressives Congress, APC’s presidential candidate. Asiwaju Bola Ahmed Tinubu and his running mate, Senator Kashim Shettima as an excellent choice for Nigeria in the 2023 general election.

This was contained in a statement issued by the Deputy Speaker’s Chief Press Secretary, Mallam Umar Puma made available to newsmen in Abuja.

Speaking when he received Asiwaju Pact With Citizens Campaign Organisation who were on a courtesy call in his office, the Deputy Speaker said of all the candidates in other political parties, none has the qualities and capacity of Asiwaju Bola Ahmed Tinubu.

He said “Asiwaju is a leader per excellence who has succeeded in building people, bridges, reputation and friendships across the country; adding that he has the capacity, acumen to win the 2023 general election.”

“The array of ministers and some senior citizens in high places you see today were discovered and developed by Tinubu, he does not care about where you come from or your religion, this is the kind of leader the country needs”, he added.

The Deputy Speaker assured the group of his personal commitment and support to actualize the Tinubu/ Shettima ticket as well as victory for the party in 2023.

Earlier, convener of Asiwaju Pact With Citizens Campaign Organisation, Comrade Dominic Alancha, said the organisation is a platform that seeks to rally round Nigerians towards the growth and development of the country by addressing key issues across all sector of the economy.

According to him, the organisation also seeks to increae youth participation as well as engaging them on issues-based campaign not issues of sentiment or regionalism and religion.

He informed the Deputy Speaker that the national executive of group after careful appraisals of his comitment to the Asiwaju/Shetima project has appointed him as its Chairman, National Advisory Council of Asiwaju Pact With Citizens Campaign Organisation.