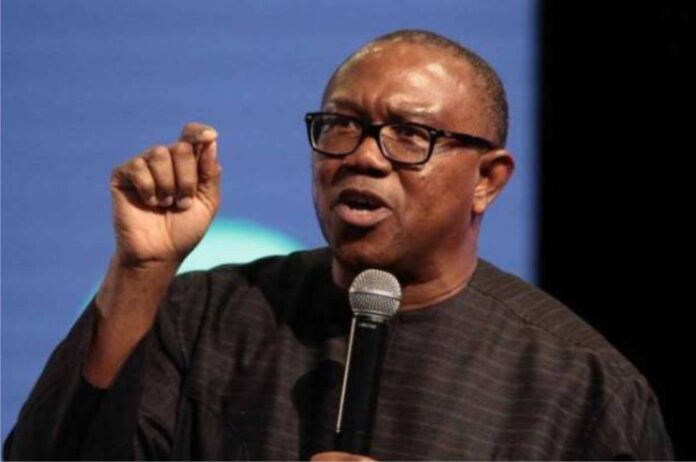 Liaison Officer of Electoral Matters and Independent National Electoral Commission, INEC, for African Democratic Congress,ADC, Chief Anayo Arinze, has called on the Labour Party and it’s Presidential candidate, Mr. Peter Obi, to think of creating political structures across states of the federation and stop depending on social media influencers, if the party must get little votes in the 2023 general election.

He said those campaigning for him via social media are only doing so to decieve him because INEC has no polling units on social media platforms.

Arinze, who made the call at the weekend while addressing the ADC stakeholders meeting in Awka, the Anambra state capital, noted that Obi’s popularity was mainly on social media only and that the Labour Party would not make any good headway because it has no structure or strong politicians to push his candidates for the 2023 election.

He said, “I don’t think the Labour Party would make any good headway in the election as being champion on social media.They have no structure at all levels, including Anambra state, where it’s Presidential Candidate comes from. They have no offices where they hold meetings except social media platform, so how do you expect them to have votes on the election,” he asked.

He noted that It would take a miracle for the Labour Party with no structure at the grassroots to win the election, particularly, in Anambra State.

On the purpose of the meeting, the ADC Chieftain said the gathering was more of a retreat to articulate the way forward for the party and it’s candidates for the 2023 general elections.

According to him, ” since the registration of ADC in 2006 as a political party in Nigeria under the leadership of Chief Ralph Okey Nwosu, we had always produced the best Presidential candidates that would have transformed Nigeria into a global super power, starting with Prof. Pat Utomi to the late Dr. Obediah Mailafia, the former Deputy Governor of Central Bank Nigeria,CBN.

“For 2023 Presidential election, we have presented to Nigerians another great thinker, technocrat, a highly successful businessman, builder and entrepreneur, Mr. Dumebi Kachikwu, whose businesses cut across 20 countries in four continents, to take Nigeria to greater levels.”

Arinze however appealed to President Mohammadu Buhari, to intensify action on how to end the incessant kidnapping and killings the country.

On their seperate remarks during the meeting, the party candidate for Anambra East/West Federal Constituency, Hon. Okonkwo Sunday, candidate for Anaocha 2 state Constituency, Engr. Emeka Ejiofor among others said they are contesting the election under ADC platform because of the party’s interest to change the ugly political and social-economic challenges confronting Nigeria at the moment.