I will unravel where Nigeria money is kept, says SDP Presidential candidate, Adebayo 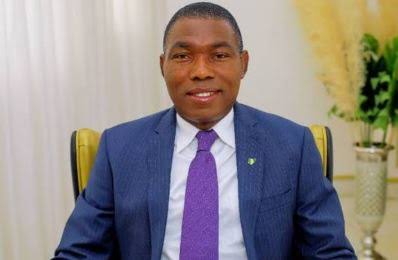 Social Democratic Party SDP standard bearer, Prince Adewole Adebayo has promised that from the day he is sworn in as president of Nigeria, he would make full disclosure where the country’s money is.

He said for too long, Nigeria’s money has been shrouded in mystery. One of the things that you, the people of Nigerians will know when I get to office is that you will know where your money is.

“There is too much mystery about Nigerian money. Even President Buhari today cannot tell you how much money Nigeria has. Board members of NNPC, now NNPL, don’t know how much the company has. Minister of finance does not know where government money is. You will have a full forensic of where your money is once i get into office”, he stated.

Adebayo is one the many Nigerians who aren’t too excited about the pomp and pageantry that heralded the Federal Government’s new Nigeria National Petroleum Limited, NNPL, formally NNPC, as according to him, the change of name without change of mind will not lead to any result.

“If there is no change of circumstances, change of mind on the part of those running it, it will.amount to the same result. It is the corporate culture and corporate governance must there to make it functional.

“I will review a lot of it when I become president. I will remove the aspect of controlling and negotiating and collecting revenue on behalf of government will be taking away from them completely. They have gone too far in this collection of revenue too far and in wring direction”.

The lingering crisis between Academic Staff Union of Universities,ASUU and the Federal Government over condition of service may soon come to an amicable end as President Muhammadu Buhari ordered the Minister of education, Mallam Adamu to resolved the issue within two weeks. The president’s order, for Adebayo, is just an order that has no content. Hear him:

“This new mandate given to the minister, I think, it’s quite too little and late. It’s better than nothing though. My fear is whether the minister will be able to act on it, the person whom you call minister and he voluntarily answers should know that this is one of the worst crises a country can go through and he doesn’t need the president to order him to deal with it.

“It’s possible the minister might have sent his recommendations to the president’s table and he might not have seen it. Ordinarily, one should have heard that the minister is fired. I think the president is to blame for this. The president had children, his children have friends, and his ministers have children. So, he is not living under a rock.
“He knows ASUU is on strike, giving two weeks ultimatum to his minister now is more of a later day theatre. The ASUU crisis is possible to resolve it 6 years ago. It shouldn’t take more than six hours to resolve the crisis now for anybody determined to do the work, because their demands are not new, they are old demands, same demands when I was undergraduate at Ife.

“Thought the president should have taken a memo from the ministers of education, labour and finance, sign his own part of the agreement and send it to ASUU to sign theirs. I don’t think ASUU will change anything in their demands, it will be unpatriotic to do so”.

He said Nigeria’s over dependence on oil is because of ingenuity of the leaders, explaining that petroleum, during his reign as president, especially his first year, will be in the withdrawal zone.

“Nigeria makes about 20m dollars from ginger. Even in a good year, we don’t gross up to 120m dollars a year. If only we invest a little more to squeeze our ginger and get ginger oil, we will be making 1.4b dollars from ginger oil. If you go into the value chain of some of the produce, you will see that petroleum isn’t a big deal.

“At the peak of Jonathan’s tenure when oil price was above 100 dollars and everybody was clapping, I wasn’t really impressed because I have an oil palm plantation that I was selling my palm oil at 660 dollars per barrel.

“This was why Micheal opara created the Ada palm in the Eastern region. I am not the kind of president who is running for office because of NNPL. Presidency under me won’t share oil money. Rather, I will put the federal government allocation of the money into sovereign fund and then dedicate it to building hospitals all over the place. I am not going to mainstream oil money into my budget. The present generation has spent enough of oil money, we need to keep for the future», he said.

Vote buying was reportedly rampant durimg the last governorship election in Osun state. Enforcement of the electoral laws, Adebayo believes, is the only way to curtail such infractions.

“The osun election was a pre-arranged scene where the voter was expecting to be approached and political party agents were already prepared for them, it was a willing buyer and willing seller, unlike in Ekiti where people were shouting and calling attention of everyone, including the security agencies, agaisnt it.

“Vote buying in Osun appeared not offensive to the people there. Unlike the days of Bola Ige, Olunloyo, the times have changed for the worse now. Selling the future of your child or getting your children out to actually come and sell their future is as bad as that.

“I am not saying political parties or contributors who are rich cannot spend their money. But spend your money on legitimate things. Do bigger rallies, do advertising, etc.

“Anybody who can sell their votes can vandalize give property, because they are saying that the government is different from them as they have already alienated themselves from the government. They are the people will eventually collaborate with bandits and take sides with armed robbers”.