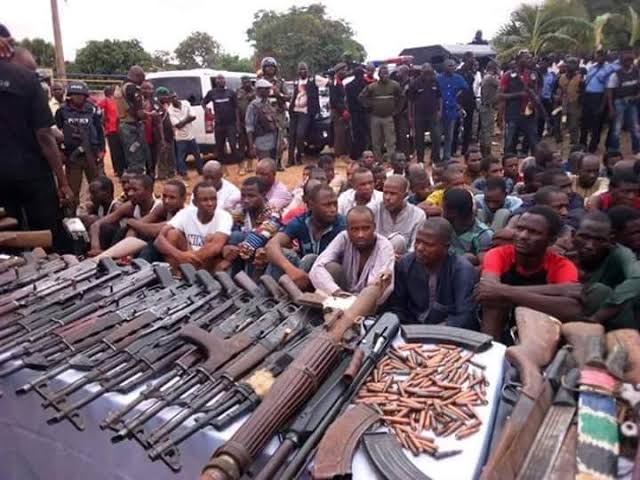 The victim was taken into captivity by the two high profile kidnappers on April 29, 2022 at 11.39am along the ever busy expressway by kidnap for ransom criminals in Kaduna before noon.

The suspects were later arrested and identified as Abdurahman Lolo, 20 male a native of Gadam Mallam Mama along Abuja-Kaduna Road and one Sanni Muhammadu, 25 male of the same area.

“Based on credible Intelligence and reliable information, FIB-IRT officers attached to the Operation Puff Adder based in Katari Kaduna State upon receiving information about the kidnapping of a man around that axis immediately swung into action leading to the arrest of the suspects.

“They rescued the kidnapped victim and mounted surveillance on the highway with a view to apprehending other kidnappers who may have ran away from the area due to the Police operation.

“Both suspects after cross examination by a combined team of Police officers confessed to the crime and pledged volunteer information to help to track other members of the kidnapping syndicates around the Abuja-Kaduna Expressway”, they added.

According to the key suspect, Abdulrahm, only himself and Sanni Muhammadu actively participated in the latest kidnapping incident and they were yet to make any demand on the victim or his family before they were arrested by the Police.

“Upon further interrogation, he said that they used cutlasses, torch light and sticks to haunt down and kidnap the victim adding that they were planning to abduct his wife and rape her before they changed their plan and abducted the man.

“It was also discovered that it was the victim’s motorcycle that the kidnappers wanted to use to convey him to their hideout at Gbadoko forest in the area before luck ran out on them and they were arrested”, he added.