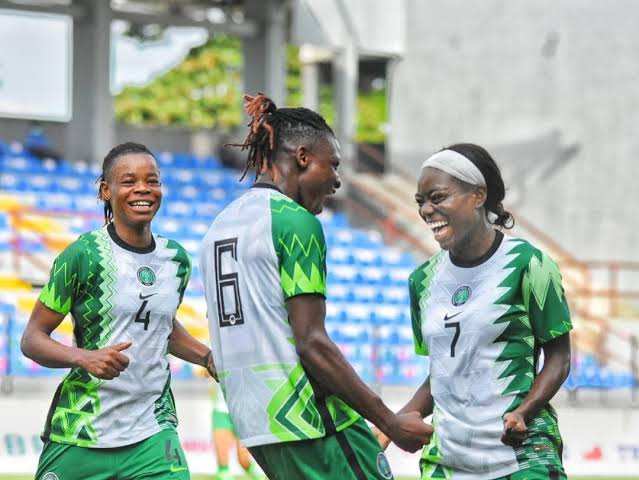 Following the inability of Super Falcons to pick any medal at the just concluded AWCON finals in Morocco, National Deaf Football handler, Kamuldeen Banjo has charged Nigeria Football Federation ( NFF) to overhaul the team ahead of the forthcoming FIFA Women World Cup.

The Super Falcons failed to win their 11th title in Morocco and to make matters worse failed 0-1 to Copper Girls of Zambia in the third place game but qualified for the world cup as one of the semi- finalists at the competition.

In an exclusive interview with Nigerian Pilot Sports, Banjo noted that the result is a wake up call to Nigeria that her dominance in female football in the continent is gradually coming to an end, warning that if the team is not overhauled before the world cup, it will put up a dismal performance at the world football biggest stage.

“It’s unfortunate that we could not win even a bronze at the African Women Nations Cup. What this shows is that our game has gone down and other African countries are no longer afraid to play us.

“There is need for the NFF and the coaching crew to overhaul the team and inject fresh blood into it. Some of the players have spent a long time with the team and this is the time for them to bow out and younger players opportunity to be part of future Falcons and if this is not done, we might end up going to the world cup on a jamboree.’, he said.

Banjo was also of the opinion that efforts must be made to improve the quality of the country’s women league noting that if the league is improved on, quality players who will adore the colors of the national team will emerge.

” Another area I would like the football house to beam their search light is on the domestic women League which to mean has not lived up to expectation.

” The NFF and organizers of League must ensure that the league is improved on as that’s the only way to improve the quality of the national teams. They should realize that other African countries like South Africa, Cameroon, Equatorial Guinea, Ghana and Zambia are all coming up and as such something urgent must be done if we hope to continue our dominance in female football at the continental level”, he concluded.