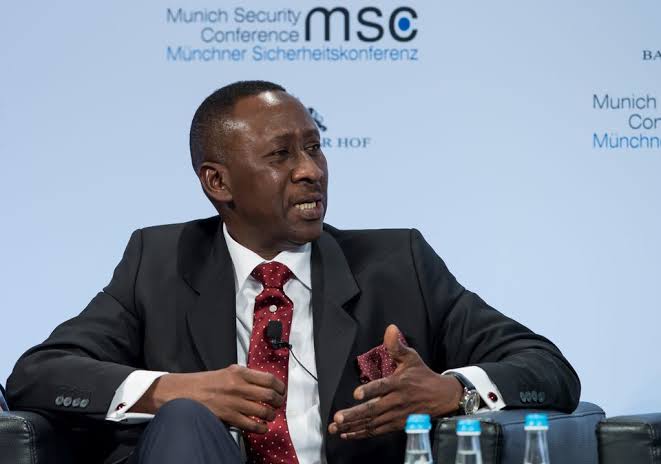 *Says he has run out of ideas, and as such should resign over worsening insecurity

*Expresses worry that with growing audacity of non-state actors; even President Buhari is not safe

By Our Correspondent with agency reports

Amidst rising insecurity in the country especially with recent threat of attacks in various parts of the country including the nation’s capital, Abuja, a group operating under the aegis of Arewa Youth Assembly, AYA has called for the immediate sack of the National Security Adviser, NSA, Babagana Monguno.

The group in a statement issued in Abuja and signed by its spokesman, Mohammed Danlami said the NSA has run out of ideas in tackling the security challenges in the country and should therefore resign or be sacked by the President.

He said the organization shares the pains and agony of the immediate families and friends of those in captivity across the country and prayed to God to intervene through His supernatural power and set them free.

Speaking further, Danlami noted that the growing audacity of non-state actors which led to the recent invasion of the Kuje Correction Service, Abuja which led to the release of numerous Boko Haram commanders shows that even the Presidential Villa is not safe.

According to him, it is just a matter of time for the terrorists whom he described as ragtag elements will draw inspiration from Afghanistan terrorist and takes over leadership of the country.

“We have observed that this insult to our country’s sovereignty would not have been possible if the National Security Adviser, who is supposed to guide Mr President, had run out of ideas.

“Since Monguno’s appointment over seven years, we strongly believe that the man has run out of steam and does not have anything new to offer, hence, the honourable thing for him to do is to pack his luggage and return to his retirement destination, where he fails to, Mr. President should urgently sack him and get him replaced.

“The youths will not participate in activities in the build up to 2023 general elections and the election proper if our brothers and sisters in captivity are not released.

“Also most of our Local Government Areas and communities that are now under the control of either Ansaru terrorists in North Central and North West or ISWAP in North East should be recovered.

“In other words, politicians are only welcome to our region, when we have every reason to believe that our forests are free from bandits and terrorist.

“The assembly strongly believes that if the amount of monies budgeted for security and defence were deployed for such purposes, the terrorists in our bushes would not have been able to withstand our armed forces for three days”, he added.

In a related development, three soldiers of the Nigerian Army Guards Brigade 7 battalion have reportedly sustained various degrees of injuries in an ambush by gunmen in the Bwari area of the Federal Capital Territory, FCT.

It would be recalled that the battalion is a unit under the Guards Brigade which is responsible for protecting the President.

It was reported that the soldiers were on routine patrol around 4pm on Sunday along the Kubwa/Bwari Road when they ran into an ambush of gunmen whose target may have been the Nigerian Law School located in Bwari Area Council.

The soldiers, however, were said to have successfully foiled the attack, while the wounded persons are receiving treatment at an army hospital.