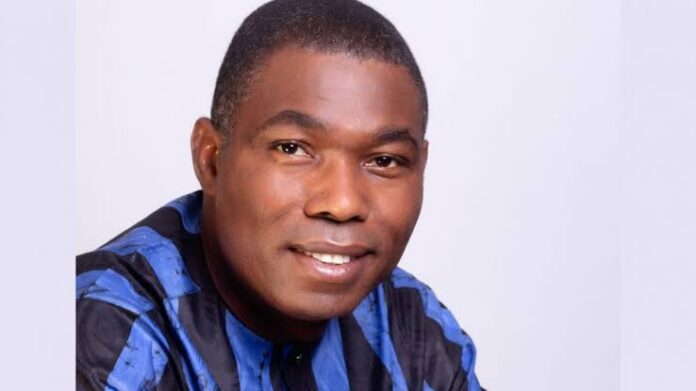 Presidential Candidate of the Social Democratic Party, SDP, Prince Adewole Adebayo has said that the country needs an efficient and effective government to ensure the security and safety of lives of its citizen as well as development of the nation.

Adebayo stated this, when he led members of his party and some highly respected men of God on a courtesy visit on the leadership of the Christian Association of Nigeria, CAN, President, Rev. Samson Olasupo Ayokunle.

He noted that all hands must be on deck to provide a working security architecture so as to deal with the issues of insecurity decisively.

According to him the shutting down of the Government Schools in FCT was not the appropriate strategy to curbing the menace of terrorism.

The Presidential Candidate also called on President Muhammadu Buhari to as a matter of urgency resign his appointment over insecurity.

He also urged the President to replace the Service Chiefs for failing to deal with bandits who has been terrorising the country.

“The shut down of Government Schools in the FCT according to the government is to prevent kidnapping and other things attached. But before our schools were shutdown the first thing that was shutdown was the presidency. The presidency has been shutdown for the past seven years, the government has shut itself down.

“We need to be serious, we need to work. We need the President to protect us. We share so many things with government but we can’t share law enforcement with the government. There can only be one Commander in Chief in the country. So the Commander in Chief must wake up and his Service Chiefs must wake up. And he must be capable of replacing them. The bandits are people government can deal with decisively,” the SDP flagbearer stated.

He said to deal with the issues of insecurity the must have a government that was ready and capable of doing the job adding that shutting down the country was not the possible solution.

He further called on Nigerians not to vote based on religious or ethnical sentiments but must excercise their franchise wisely to put in the right leadership to correct the the problems bedeviling the country.

“We shouldn’t vote people according to their religion, ethnicity. As leaders when we are in authority we should know that authority comes from God. And we should be like shepherds who are raising sheep who takes the sheep to where there is pasture and water,” he further stated.

Meanwhile, the CAN President, Samson Olasupo Ayokunle also noted that that the country needed people who have the country at heart and opportunities to save the nation in its trying times.

“Myself and Christian leaders from the States have prayed for him and wished him well. We need as many people that God has touched to contest for the presidency so that people will have ample opportunities to choose the array of presidential candidates the best that will do our nation good. This is our prayer.

“We should put leaders in authority from a clean heart…we should not sale our vote, we should not vote for people according to their religion, ethnicity we should not covered up injustice and who seek equity must come with clean hand ….and for the leaders, when we are in the authority, we should know that leadership come from God and we should be like shepherd who are raising sheep where to it would have water…..God wants this country to be a greater nation, have no problem that is why everything that is good , abundant, prosperous needs prayers,” he added.