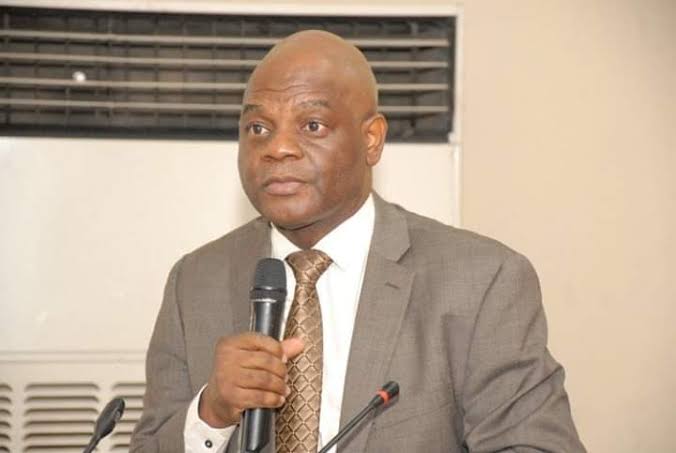 Civil Society Organization, CSO operating under the aegis of Conference of Civil Society for Peace, Security and National Development has described as mischievous, attempts by paid hatchet men to tarnish and drag in the mud, the impeccable image and personality of the Executive Secretary of TETFund, Architect Sonny Echono.

In a press release jointly signed by the duo of Dr Adamu Muhammad and Hon. Mike Msuaan, the National Convener and Executive Director respectively and made available to journalists in Abuja, the CSO in strong terms registered their displeasure over the baseless and unwarranted attacks on the person and office of the TETFund boss, insisting that it is nothing but an empty attempt aimed at blackmail and character assassination.

“We have read with dismay, a misleading and sponsored news story published against the person of the Executive Secretary of TETFUND, Arc Sonny Echono by an online newspaper.

The newspaper is notorious for cheap blackmail, slander and spurious character assassination against eminent citizens and public office holders with a lot of lawsuits culminating in billions of naira paid as damages.

“If this defamatory publication is not withdrawn and an apology tendered, we’ll be left with no option but to take legal actions”, the statement warned.

The CSO insists that the allegations against Arc. Sunny is not only baseless but petty blackmail, considering that he has been an outstanding civil servant for many years without even a query, rising to the position of Permanent Secretary in the Ministry of Education and now the Executive Secretary of TETFund.

“Arc Echono exudes traits of a committed public servant, honest and professional in his dealings in all responsibilities put under his watch.

“Accusing him of executing projects by proxy without being bold to mention any of the said companies he uses to carry out those projects is just a desperate attempt to throw mud on the reputation of the accomplished public officer by cooking up unsubstantiated claims.

“This media war aimed at damaging the pedigree of the Executive Secretary and by extension, the government of President Muhammadu Buhari will not work”, the statement added.