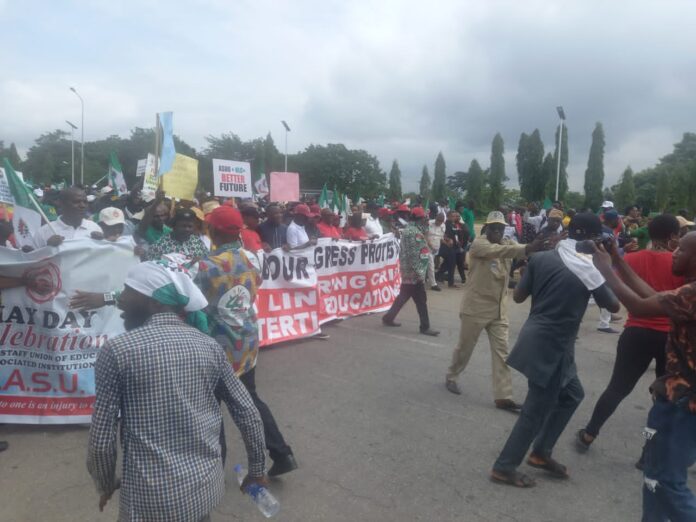 The Nigeria Labour Congress (NLC) along with its affiliate unions are currently protesting at the premises of the National Assembly over the inability of the Federal government to resolve the prolonged strike action by university based Unions.

The protest which kicked off from the Unity Fountain, Abuja has no fewer than 3000 members of the NLC, civil society organisations and activists.