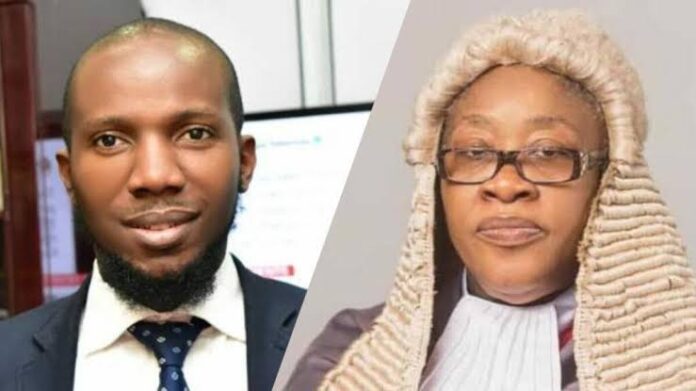 An Akwa Ibom State High Court on Wednesday ordered a lawyer, Mr. Inibehe Effiong to be remanded in jail for one month over contemptuous and insulting behaviour in court.

Justice Ekaette Obot ordered that Inibehe Effiong use the correctional facility to purge himself of insolence and dishonorable acts that tend to bring the court to disrepute.

The Court had sat in the case of libel by Governor Udom Emmanuel against Mr Leo Ekpenyong and on its last day for the prosecution to end its case.

It was alleged that Effiong had, despite repeated warnings from the State Chief Judge, constantly accused the Judge of being biased, asking her to recuse herself from handling the case.

Counsel to the Governor Emmanuel, Samuel Ikpo said he was shocked that a lawyer could utter such damning and profane utterances against a judge.

“I believe that when he comes out of the correctional facility, he will learn how to conduct himself before a court”, Ikpo said.

He wondered why Effiong could disobey an order given to him by the judge, who asked him to take off his wig and step aside from the bar and he chose to remain obstinate.

“A lawyer should not allow himself to use one client to destroy his reputation before all the judges. I think Justice Obot has really been patient with him all this while, even as a lawyer, I could not tolerate the young lawyer’s conduct”. Barr Ikpo stated.

But according to Effiong, he took the action because the CJ ordered a Premium Times reporter to leave the court.

“I said to my lord, we were thinking that since the proceedings are public, that members of the public should be allowed to observe the proceedings. My Lord asked me to proceed with cross examination.

“I obeyed. I informed the court that I was not feeling comfortable and safe having two armed mobile policemen seated inside the courtroom, that it was strange and that I felt unsafe. I applied for the judge to excuse the armed policemen from the courtroom.

“The Hon. Chief Judge then ordered me to step out of the Bar, and that she was sending me to prison. She then ordered the policemen to take me to Uyo prison. And that I should be in jail for one month. I am waiting inside the courtroom for them to bring the conviction warrant.

“I will be going to the Uyo Correctional Centre now. I have not done anything. I wasn’t even given the opportunity to say anything before the “conviction”. Two lawyers in court appealed to the Hon. Chief Judge but my Lord insisted that I must be jailed”, he lamented.