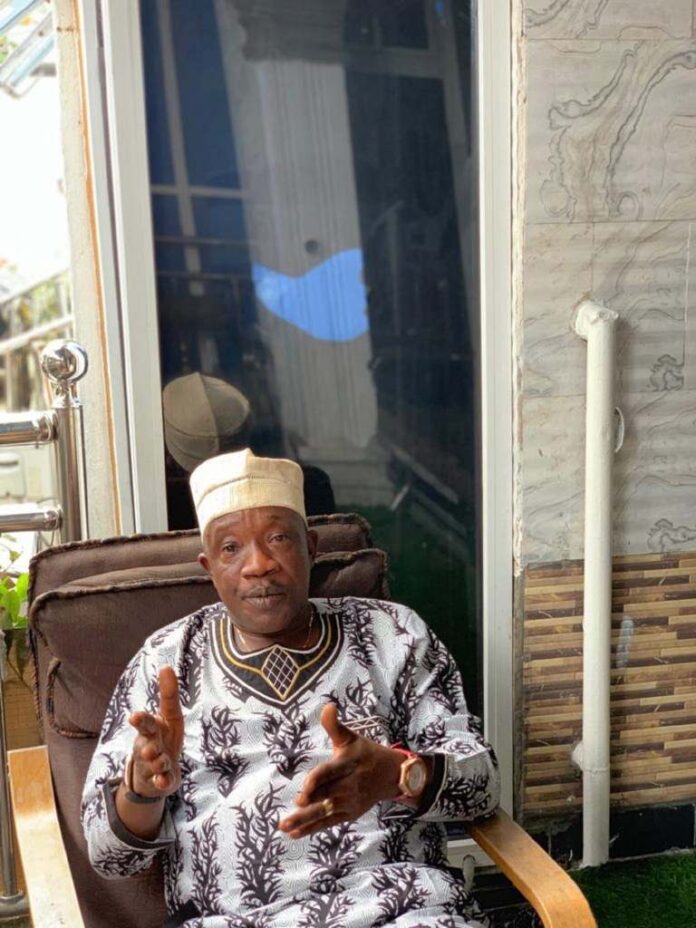 Ahead of the 2023 general election, there are reservations over the Muslim/Muslim ticket of the APC. However, a member of the ruling party and security expert, Lekan Jackson Ojo told MIKE ODIAKOSE in a telephone interview that Tinubu will face a herculean task as northern APC leaders will work against his election like what happened to former President Goodluck Jonathan in 2015. He also shed light on why he is supporting the PDP presidential candidate, Atiku Abubakar. Excerpts:

You were reported to be rooting for the presidential candidate of the PDP, Atiku Abubakar despite the fact that you are a member of the APC. Why are you against Bola Tinubu?

I want to be the first person that will do politics with American mentality. What is American mentality? Americans believe in person and not party. In this part of the world we believe in party. And what is party? A party is a vehicle whereas the driver that controls the vehicle and the passenger is the candidate. If you bring the best car with a wrong driver, both the driver and vehicle will not get to their destinations they will collapse on the way. But if you bring a good driver, no matter how rickety the car is, the driver will manage it and the passengers to its destination. So, that implies that in Nigeria of today, I don’t want to believe in APC, I don’t want to believe in PDP, because all these political parties are not ideologically based.

Why do you want me to believe in party, if you look at both APC and PDP what is the difference, it’s in only the nomenclature?

So, there’s no comparative analysis that will go in favour of Bola Tinubu. If you look at the experience, health, political sagacity, today Tinubu is calling himself the landlord of Lagos, he said Lagos is in his pocket. Atiku has never said Adamawa is in his pocket despite being the vice president.

People like El-Rufai, Okonjo Iwe-ala were brought when Atiku was head of the economic team, meaning he’s a technocrat. He presided over the economic council for practically four years and it is within that four years that Lagos airport was brought to international standard, the EFCC was formed, ICPC was formed, privatization was done and a lot of other history were made under Atiku as the head of the economic council. So, how can you compare somebody like that with someone who only presided over a State? Who is he? He’s just a national leader. The party is running the country aground and the national leader doesn’t have anything to say or do. It is now he is coming, where is the magic wand? The issues of economy, health, security, education they are nose-diving in the country today, and the national leader of the party could not have anything meaningful to contribute.

Does it mean, he wants the party to fail for eight years before he brings his magic wand? You have a medicine for malaria but you want all your children to die before bringing out the medicine. We don’t want anyone that will come and use Nigeria to experiment again. Atiku has been tested and trusted, and he’s known globally to have performed. That really convinced me and that’s the reason I’m supporting Atiku. But that doesn’t mean, there are no good senators and governors that I am going to support. I am not decamping o. I still remain but I want to copy Western democracy. You will not hear that a republican decamp to democrat in the US. But you will know that if a republican didn’t do well in the next election, the republican will vote against him.

With 23 governors on the platform of the APC Tinubu may clinch the presidency next year, what’s your take?

There’s is what I call executive conspiracy, there’s what I call emotional conspiracy and there’s what I call northern conspiracy. These three are going to work against Tinubu. It has happened before. Jonathan was the president of Nigeria and his party was controlling at least 26 or 27 governors but during the presidential election what happened? All his governors, senators, ministers worked against him because they know that he was going to run this country aground. These people are going to work against him because they know that the party has failed. But they are not going to show it now they will show it with their ballots. The same thing that happened to Jonathan will happen to Tinubu.

Is it conspiracy of the North against the South?

Yes I believe that conspiracy will come. They already know that Tinubu is going to oppress and suppress Nigerians. Why am I saying this? The man they brought as vice is not a Hausa-Fulani man, he’s a Kanuri man. Kanuri is in Borno and part of Tobe State. That man is going to work in favour of the Kanuris. He’s going to work with Tinubu to oppress and suppress the Hausa-Fulani. You can imagine, a man that has the effrontery to mock a sitting president, saying he failed three times and he had to go and console him and made him president. What if the man is no longer president, what do you think he will do to him. If Bola Tinubu becomes president, Buhari should run out of the country. All the Hausa-Fulani should run out of the country. Because this guy is going to oppress and suppress them. He’s just going to come and help the Kanuris of Yobe and Borno State. That is all.

Your take on insecurity?

APC is a deaf and dumb party. A deaf party is a party that will never listen to any good advice. I’ve cried on TV, radio and newspapers, call a security summit. Gather all the security experts of this world with giant military and paramilitary officers, professors, traditional rulers, let them do a secret summit whereby they will proffer solutions but they will not listen. What you will hear is that it is better now than 2015. But in 2015 where we are experiencing insecurities are in Borno, parts of Yobe, parts of Adamawa State, Gombe State, Bauchi State and skemiches of it in Kano State. As at then, Sokoto, Niger, Kaduna they were one of the most peaceful Ststes in Nigeria. But today, this thing is all over Nigeria. North-west, Northeast, North-Central. For this people to have the effrontry to attack Kaduna airport, three days later they attack Abuja-Kaduna train. The other time they attack presidential convoy, a day after they attack Kuje prison in Abuja. And they are still threatening they are going to kidnap the president and Kaduna State governor. And for them to let the people know they are not joking, they attack the presidential Guards Brigade. Then what are we talking about. Because Guards Brigade is the highest, they comprise of intelligence, military and paramilitary. And if these people can be doing all these with no sign of deterrent, then who is save in this country? APC has lost focus in security, economy. In a state of insecurity, nothing thrives. In the next harvest, there won’t be food in this country because people that are supposed to produce the food can no longer go to farm because of insecurity.

Will you be happy if APC goes into opposition?

APC is the only party in government where dollars has jumped from N180 to N700, aviation fuel has gone from N109 to N950 flight ticket Rose from N15,000 to N120,000. Aero-contractor is leaving Nigeria; Dana air is leaving Nigeria because of insecurity. What am I really benefitting, what are Nigerians benefitting from APC? The only people benefitting are people in government. So what are you telling me? You want me to be taken away by party emotions? Party emotions can never becloud my sense of reasoning. APC is in government today and everything has collapsed. Tell me one thing that is working in Nigeria. Health, education, security are not working. I’m not proud of APC today. Obasanjo said in military, they don’t reinforce failure, so how do you want me to reinforce failure?