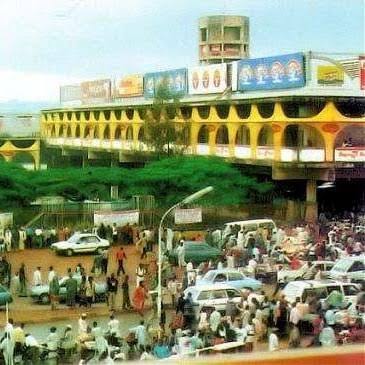 Plateau state Government on Thursday clarified that it is not ceding the Jos main market to Jaiz bank.

A statement signed by Dan Manjang, the commissioner of information and communication made available to newsmen in Jos, explained that It is common knowledge that the Jos Main Market is one of the iconic landmarks of Plateau State and a source of pride to the citizens who hold it dear to their hearts.

The statement added that “The destruction of the market in 2002 has therefore remained one of the most tragic incidents to ever befall the State which caused unquantifiable economic losses, emotional trauma and denied the State tourist and business opportunities which prevailed before its destruction.”

The state Government added that “During the campaign for the Governorship of Plateau State in 2015, the state Governor Hon. Simon Bako Lalong then candidate of the All Progressives Congress, APC) promised to rebuild the market if elected.

“Those who watched the gubernatorial election debate would recall that whereas Lalong promised to rebuild the market, his major opponent said otherwise. At the end of the day, the electorate made their choice based upon this promise and many others that the APC candidate offered.”

“Therefore, upon coming into office in 2015, the Governor began the process of rebuilding the Jos Main Market as one of his key priorities. His Rescue Administration contacted major financial institutions and investors within and outside the country for the project. Many came with huge enthusiasm and promises which appeared promising and prompted the Government to demolish the existing parts of the structure on May 17 2019 in preparation for the reconstruction.

“It is important to note that at this point that a lot of politically motivated propaganda had started being circulated against the efforts of the Governor where it was alleged that billions were spent to demolish the structure. This was false”, he added.

Nevertheless, the Government was not deterred and continued detailed discussions with the investors that indicated interest in rebuilding the market. These discussions got deeper but became stuck upon requests from the intending investors and financial institutions which in summary required that Plateau State.

Manjang added that the Governor further met with foreign and local investors who did not also provide any better deal for the State in the rebuilding of the Jos Main Market. Looking at other commitments of the Government already tied to its monthly income, it was not possible to enter into another funding that will be a huge burden for the State and nearly impossible to handle.