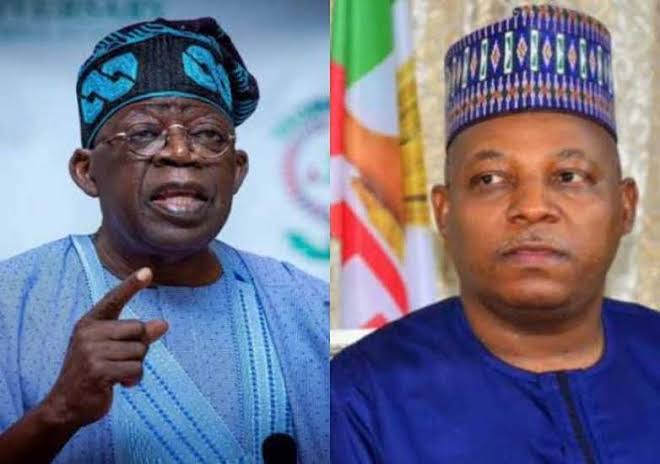 The party in its earlier suit pending before the Abuja Division of the Federal High Court is seeking the disqualification of the APC from the 2023 presidential polls over alleged act of perjury on the part of its presidential candidate, Tinubu.

However, in a fresh suit instituted on July 28, 2022 the plaintiff is again seeking the disqualification of the ruling party on the grounds that it has nominated a candidate for more than one constituency in the 2023 general elections.

The suit filed on behalf of the plaintiff by Mr Ukpai Ukairo, has INEC, APC, Tinubu and Shettima as 1st, 2nd, 3rd and 4th defendants respectively.

It is specifically seeking, “A declaration that the nomination of the 4th defendant by the 3rd defendant as the Vice Presidential Candidate of the 2nd defendant is void arising from the express provision of Section 35 of the 1999 Constitution and the Electoral Act, 2022 in that the 4tj defendant allowed himself to be nominated in more than one constituency for the 2023 elections.

And perpetual injunction restraining the 3rd and 4th defendants, from holding out themselves as Presidential and Vice Presidential Candidates contesting the 2023 Presidential election on the platform of the 2nd defendant

In an affidavit in support of the suit deposed to by one Mr Kalu Agu, plaintiff claimed that the APC contravened the law when it submitted the name of Shettima both as candidate for Borno Central Senatorial and Vice President in the 2023 general elections.

“That the 4th defendant also on July 15, 2022 submitted another Form EC9 to the 1st defendant through the 2nd defendant and this time he was nominated for Vice Presidential Candidate.

“That the 4th defendant also deposed to the oath constituting the said Form EC9 as being nominated for the position of Vice Presidential Candidate.

“That Borno Central Senatorial Zone and the Presidential Election are two different constituencies.”