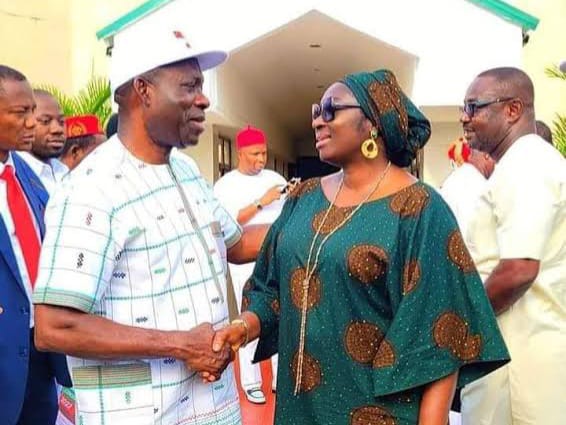 Chairman, Senate Committee on Science and Technology, Senator Uche Ekwunife, has said that the Anambra State governor, Prof. Chukwuma Soludo remains committed to the economic and infrastructure development of the state.

Ekwunife, who is the senator representing Anambra Central District at the National Assembly, described Soludo’s emergence as the governor as an answered prayer for the people of the state.

In a message of felicitation she personally signed on the occasion of Soludo’s 62nd birthday anniversary, the lawmaker noted that “so far through his policies, the governor has shown his commitment to make the state safe and habitable for both indigenes and non indigenes, as well as residents and visitors.”

The statement read in parts: “I join Ndi
Anambra both home and abroad to rejoice over God’s overflowing faithfulness, blessings and protection upon the life of the governor. She describes Governor Soludo as an answered prayer for the people of the state.

“I acknowledge that Soludo’s administration through sheer determination has demonstrated clear commitment towards making Anambra a habitable and prosperous homeland, and returning its economy on the path of sustainable development.

“The accomplishments of the former Governor of the Central Bank of Nigeria are remarkable, and I urge him to replicate the developmental policies, reforms and successes recorded during his reign at the apex bank in the state.

The Senator further encouraged people of the state to support the governor in delivering his campaign promises.

She also prayed to God to endow him with wisdom and vitality to provide more purposeful leadership to the state.