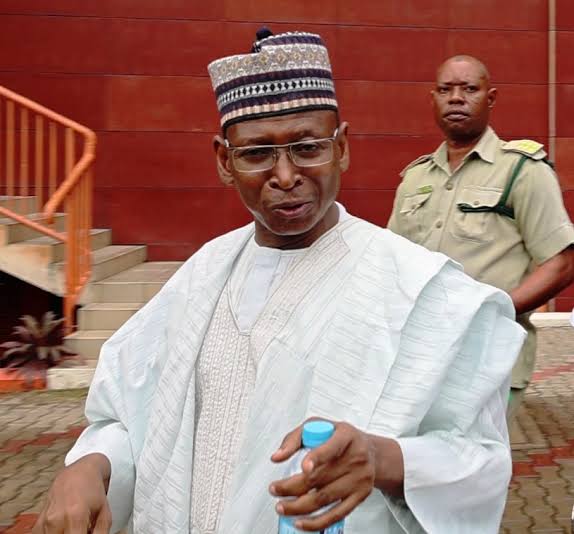 Barely a week after he was remanded in prison custody, an Abuja High Court sitting at Maitama, yesterday, granted bail to the embattled former Accountant-General of the Federation, AGF, Ahmed Idris.

The court, in a ruling that was delivered by Justice Adeyemi Ajayi, adopted all the terms and conditions of the administrative bail the Economic and Financial Crimes Commission, EFCC, earlier gave the ex-AGF and his two co-Defendants.

“In line with the due process and supremacy of the law, the Defendants are still entitled to bail, irrespective of the enormity of the allegations against them.

“The EFCC did not in any of its processes, stated that the Defendants misbehaved while on administrative bail”, Justice Ajayi noted.

Consequently, as part of conditions for release of the defendants on bail, the court held that they must remain within the Federal Capital Territory, FCT, Abuja adding that they must seek consent before travelling out.

The court further ordered the Defendants to depose to an affidavit of assurance to abide by all their bail conditions.

It directed the Defendants to surrender their international passports and also give assurance that they would not procure alternate passports during the pendency of the case.

Justice Ajayi held that the Defendants should remain in Kuje prison until they are able to perfect their bail conditions.

Other Defendants in the matter are: Godfrey Olusegun Akindele, Mohammed Kudu Usman and Gezawa Commodity Market and Exchange Limited.

The court had on July 22,2022 remanded them in prison custody after they were arraigned for allegedly diverting public funds to the tune of about N109.4 billion.

The 14-count charge against them borders on conspiracy, criminal breach of trust and money laundering.

The Defendants, who earlier pleaded not guilty to the charge against them, had through their respective lawyers, begged the court to release them on bail.

Chris Uche, SAN, who appeared for the ex-AGF, assured the court that his client would be available to face the charge against him.

Uche, SAN, drew attention of the court to the fact that the EFCC earlier granted administrative bail to his client, who he said flew into Abuja from Kano state immediately he was notified about his arraignment.

“My lord, the charge against the Defendants contained bailable offences.

“They are charged under section 115 of the Penal Code, and the offence against the Defendants upon conviction, attracts a maximum sentence of seven years with option of fine or without fine.

“They are also charged under section 12 of the ICPC Act which also attracts seven years imprisonment.

“So my lord, these are not capital offences that bail cannot be granted”, he added.