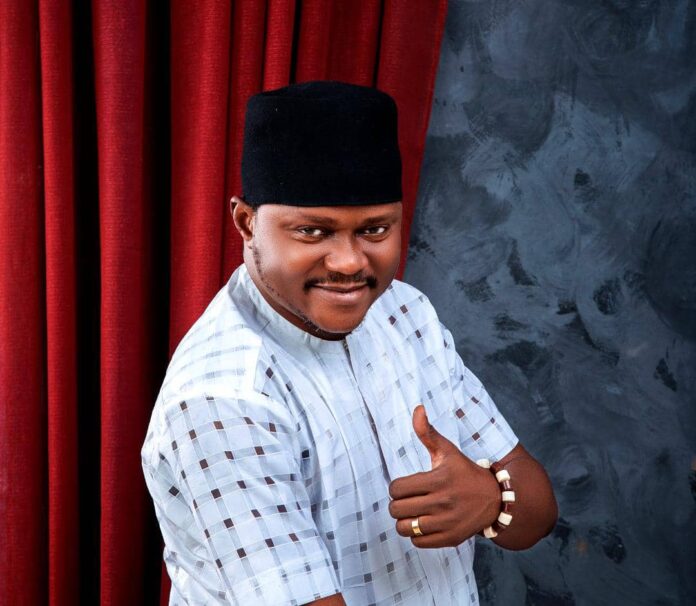 Speaking in an exclusive interview with Nigerian Pilot, Charima maintained that Governance is not Rocket Science but the ability to deploy visionary and innovative plans into tangible reality by firstly; having a roadmap, appointing technocrats and professionals with the passion for a greater Taraba, so as to cut cost of governance; enforce the ‘ONE GOAL’ – of an ndustrailised Taraba for transparency and accountability
He said his resilience to contest the number one position in Taraba State was born out of the passion that unemployment is paramount in the state.

“That is why I seeking for an employment into the highest Office in the land because my credentials as first, a citizen, and with experience around the workings of Government for seven years are enough to tackle any challenges head-on.

“The Solution to unemployment is simply ensuring that Industrailisation takes the centre stage in the state as the civil service is only milking the economy to death but when every ministry functions like a corporate establishment, job creation becomes a common place,” he said.

He stated that a commercial industry can comfortably employ up to 3,000 personnel in the state, considering production, processing, packaging and marketing staff, adding that in boosting the economy, his party will empower young entrepreneurs with existing efforts towards productivity and profitability.

“We shall train and retrain youths in Skill Acquisition and Entrepreneurship Development of their chosen and strictly monitor their growth and development in a YES programme. (YOUTH EMPOWERMENT SCHEME)
“THIS TARABAN” initiative means TARABA HUMAN INVESTMENT SCHEME is designed to uplift 400 women in 4 years and so the men in farm and trade and the highest turnover gets a boost grant of 10 million.

According to him, It takes a passionate vision and political will to meet the yearnings and aspirations of the people, noting that the most troubling concerns in Taraba State presently are; Insecurity and economic upheavals, which his sole mantra is to implement the *SEE;* a greater Taraba is Possible!
The ‘SEE’ concept initiated by Charime are; Security, Economy and Education, for the people of Taraba, which he said have remained global challenges but major requirement for tranquility and development.

“Security is primary to our adminstration and as such my first step is to first transmit an Executive Bill to the house to establish and act that “Two+ fighting is a Capital Offense” with mild to strict consequences and shall be included in school routine. So also domestic violence and mayhem.

“In the case of communal, ethnic and religious crisis; the act or order shall prosecute perpetrator(s) according to State’ Crisis Prohibition Laws. In that whoever breaks or takes the law into their hands without due diligence to consult the Law enfforcers or courts of competent Jurisdiction, shall face a case against the state governornment and not the opponent in the dispute.
“We shall ensure that Community police and Vigillantes are establish for local policing.

“Finally, Chiefdoms can be stripped off their titles in case of Communal clashes and Faith leaders jailed if found guilt by Executive Decree in line with legislation,” noted Charisma.

While quoting a popular philosopher, who said, “Eyes that look are common but the eyes that ‘SEE* are *RARE’ he assured thst Tarabans will be comfortable with civil service as the business of Government is not business without industrailisation and mechanisation.

He said, “Our goal is to Industrailise all farm produce and natural resources, as a ban will be placed on the exportation of raw materials or produce.
“We shall produce, process, package and project our finished products to the world within and beyond our brothers, so that dependence on salaries and Federal allocation shall be a thing of the past.

“We shall not borrow to pay salaries. We shall create an enabling environment for investors and Private partnership
He encouraged the youths, which he said form 75 percent of the voting populace to turn out massively to create a true change in the polity in Taraba State and across the country.