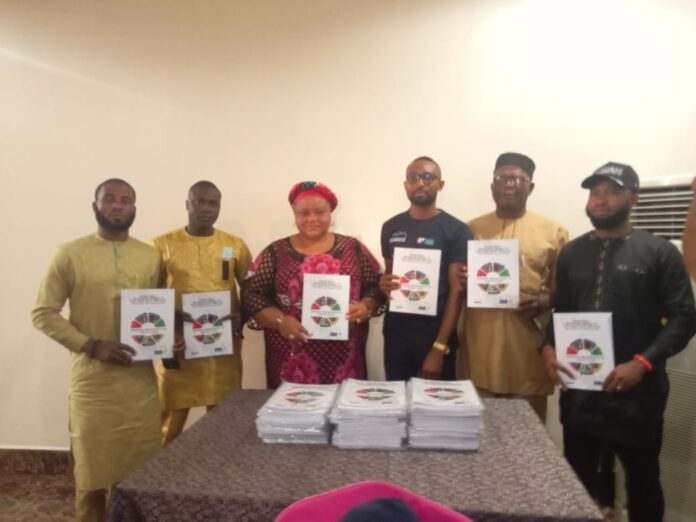 A research based non-governmental organisation with a special focus on developmental projects in education environmental sustainability, gender and governance, Hipcity Innovation Centre has expressed dissatisfaction with the available basic amenities for the original inhabitants of Abuja, the nation’s capital.

The group said since Abuja became the Federal Capital Territory, the original inhabitants have made huge sacrifices by abandoning their ancestral homes to give way for the establishment of a befitting capital but insists they have not been adequately compensated and cared for.

Presenting the result of baseline study it recently conducted to assess the level of access and inclusion of social services across three key areas of basic education, basic healthcare and water and sanitation hygiene available to the original inhabitants of Abuja within their communities, HipCity Innovation Centre accused the federal government and the FCT administration of failing in their responsibility of providing basic access to social amenities.

Executive Director of the Centre, Bassey Brassey told newsmen in Abuja that the study proved that many original inhabitant communities do not have primary schools, making it difficult for children in these communities to acquire basic education.

Mr. Bassey while stating that many children of original inhabitants have to trek miles to reach the nearest school expressed disappointment that in communities where there are schools, many of them are in various states of disrepair, even as lack of educational facilities and equipment were visibly noticed.

“Primary healthcare centres across many of the communities sampled bring dissatisfaction to community people as they are unequipped, poorly staffed and have no drugs. There are insufficient beds for patients and almost half of these facilities are not connected to the national grid for electricity supply while others do not have water sources installed in their premises. Still, there are OI communities that do not have a primary healthcare facility at all.

“As it pertains to WASH, potable water is still a dream for many OI communities who still have to depend on wells, rivers and other surface water as sources of water for drinking and other household uses” he further stated.

He said a good percentage of those sampled in the study stated that they source their water from either boreholes or water vendors, adding that only around 3% of them get their water supply from the FCT Water Board.

While appealing to the FCT Minister, Muhammad Bello to prioritize the basic services needs of the original inhabitants of Abuja by ensuring that resources and funds are mobilized to close the service delivery inequality, the Centre called on all Nigerians of goodwill to solidarize with the indigenous people of Abuja whom gave up their land for all Nigerians to have a commonwealth and a centre of unity.

Also Speaking was Representative of Socio -Economic Research and Development Centre, SERDEC, Abdul Jalil Ibrahim who explained that they have been able to draw the attention of the MDAs to the issues affecting the Original Inhabitants and also informing OIs of government interventions that will benefit them.

‘‘Our thematic work on the project is promoting the original inhabitants youths, employments, participation and empowerment.

‘‘We realized a gap between the government and the people due to lack of information so we have created a portal for the OIs where the details of the OIs has been captured and this portal is directly linked to the youth department of the FCT where empowerment programs that is expected to be rolled out that is contained that will benefit the OIs’’ he explained.

Furthermore, Centre for Transparency and Advocacy, Mrs Nwadishi Faith noted that their project is centred on transparency in extractives stating that their work is to ensure that OIs are exposed to how mining impacts their culture and access to natural resources.

‘‘We are training the people on how to negotiate a good mining agreement, some of the other contracts that were signed will be expiring this year, we are looking at catching in on the opportunity, we have a commitment from NEITI and some other partners who will train the people, so that the people are better informed on how to negotiate a contract that will benefit them moving forward’’ she said.