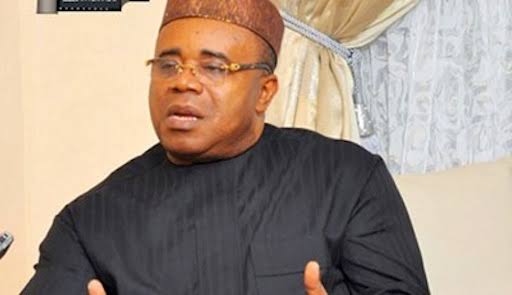 In 2019, Nigeria’s President, Muhammadu Buhari redeployed the Niger Delta Development Commission (NDDC) from the Office of the Secretary to the Government of the Federation to be under the purview of the Ministry of Niger Delta Affairs. This, he said, was in the overall good of the people of the region, as it would enhance the quality of their lives.

“The recent redeployment of the Niger Delta Development Commission from the Office of the Secretary to the Government of the Federation, to the Ministry of Niger Delta Affairs underscores our commitment to enhance the living standards of our communities in the Niger Delta, through coordinated and appropriate programmes,” the President said.

Umana Okon Umana, comes to head the Niger Delta ministry, bringing to bear his rich experience in public service and business management. For him, the challenge of course, is to do better than his predecessors, steer the region to greatness and ensure that people of the region get justification, as well as benefits for hosting the nation’s number one source of income.

66 years on from the first commercial oil discovery in Oloibiri, Bayelsa State, vested individuals have benefited more than the entirety of ordinary people of the region. From the days of the Niger Delta Commission, NDC, to the Oil Mineral Producing Area Development Commission, OMPADEC, the NDDC and then the Niger Delta ministry, people of the region have not really enjoyed the benefits of hosting crude oil.

The terrible situation which has lingered, has exposed the paradigm shift and renewed the conversation for better leadership. There is the challenge of oil theft vis-a-vis the plight of local refiners to get official licence, uncompleted projects, unpaid contractors, hazardous after-effects of oil spillage, underdevelopment, pitiable standards of living, just to mention a few.

11 heads have ruled the NDDC since its establishment, with six coming through since Buhari came into power in 2015. Sadly, people of the region have not convincingly seen the NDDC as the God-sent tool to fast track the alleviation of their sufferings. Over the years, money made in the region is hijacked and taken to spend outside the region, leaving the people to suffer.

In many parts of the riverine areas in Warri, indigenes barely have basic amenities to exist normally. In Port Harcourt and environs, soot pollution is killing many. In Bayelsa, oil spillage is widespread. But if the people were proportionately reaping compensation from the after-effects of oil exploration, their lives may have been better.

The Federal Government may choose to exonerate itself with the excuse of the 13 percent derivation fund accruable to the oil-rich region, and the three percent catered for in the Petroleum Industry Act, PIA. In February this year, the nine oil producing states shared N450.60 billion as derivation fund. Between 2018-2020, they received a wholesome amount of N1.5 trillion. Of course this is separate from the monthly allocation for states from the Federal Government. N453.2 billion was approved as budget for the NDDC in 2020. According to BudgIT, between 2016 and 2018, NDDC received an average of N198.7 billion per year from the operating budgets of oil companies, in addition to the annual Statutory Transfers that flow from the Federal Government, projected at N98.7 billion in the 2022 budget.

But how are these funds managed and spent without a substantive management board in place? Who monitors the inflow and outflow? This is why many in the region consider the NDDC as a cash cow where fortunate appointees come in, milk, and walk away heads-high with arms-in-pocket. Now that the NDDC is under Umana’s direct watch, he must do well to take glory for himself, for humanity and for God. This is his call. No doubt, he has the capacity to deliver, judging from his antecedents.

A more bigger problem that is being ignored, is the ongoing divestment of assets by IOCs. Who would be responsible to clean up the years of oil spillage waste left behind by exploration? The Federal Government has done well with setting up policies in terms of the PIA, and even the recent commercialization of the Nigerian National Petroleum Corporation, NNPC Limited.

Umana who may not stay more than 10 months in office given a change of government in May next year, must now lead the process of taking development to the doorsteps of Niger Deltans. The last findings made by journalists in the region last year, informed that over 13,000 projects lie uncompleted and abandoned. This should serve as a blueprint. The institution of a substansive board for the NDDC should follow. Needs assessment for critical projects should also be conducted. The capacity of Niger Deltans, especially the youths, should be aggressively developed. Oil spillage should be tackled. The East-West road still lingers uncompleted. Umana must shine. He must write his name is gold. This is his time.

Speaking last week at a two-day top management retreat for staff of the ministry and the NDDC in Abuja, Umana vowed to take the bull by the horn. He urged stakeholders to pay particular attention to the negative public perception of the NDDC, the ministry, and deploy it as a guide to motivate them to up their performance.

While admitting that the NDDC has not lived up to its expectations, the minister affirmed that going forward, transparency and accountability will be the watchword. He said he would introduce an annual ritual of publishing the list of completed projects before payments are made to contractors.

He said priority for payment for job done will be given to contractors who have completed, and handed over projects to the NDDC, just as he lamented that the situation of owing contractors is “very messy”, but that “it is part of what we have to do to correct the mistakes of the past”.

“The truth of the matter is that the available funds today cannot liquidate the liabilities that we have at hand. But having said that, we must also work out some logical and sensible ways of making payments to contractors.

“For example, if a contractor has done a job and he was not mobilized, and he uses his own resources to build a road, and the road has been completed by the NDDC, that should be number one priority for us if we are going to make payments,” Umana explained.

Umana also expressed the ministry’s determination to prioritize high impact projects at the NDDC to improve living conditions of Niger Delta people, adding that only “projects that are of great importance to the various communities would be embarked upon due to available resources, for the benefit of the people of the Niger Delta region”.

“We have to reset and rebuild the institution so that it will not matter who takes over after me. He would have the right processes in place where no matter who comes in, he can then run on structures that would promote good governance.

“We will start this year. By december, I will publish the one for 2022. And then I will hand over the initiative to anybody who takes over from me. That’s the way I see it, it is not whether I have 10 years or five years,” he added.

In his keynote address which declared the retreat opened, Buhari vowed to end the longstanding challenge of instituting a substantive board for the NDDC, as soon as possible. He restated the need to strengthen collaboration between the Niger Delta ministry and the NDDC, as part of government’s efforts at building a new and better Niger Delta region.

“This retreat would serve as a veritable platform that will provide a unique opportunity to correct whatever irregularities had existed in the past and thereby attain an effective and prosperous working relationship that will be for the best interest of the Niger Delta region and Nation at large.

“The Federal Government has made huge commitment in the Niger Delta region, in furtherance with its desire to give the people a new lease of life, taking proactive steps to responding to the issues of the region, adopting and implementing more prudent policies and programmes that will bring about a better region,” Buhari avowed.