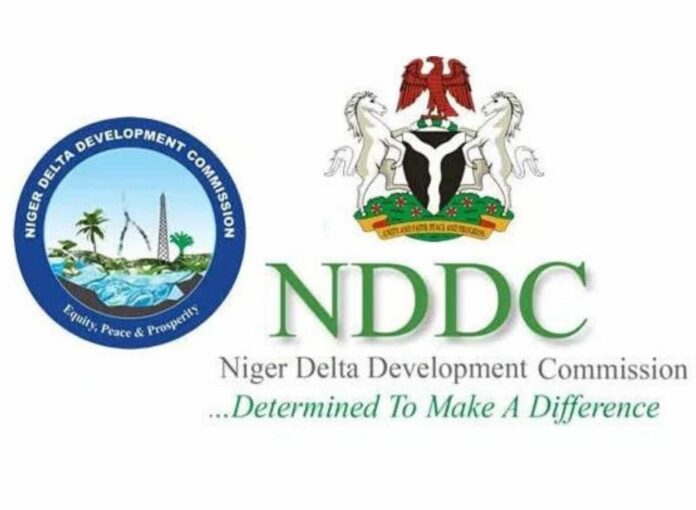 Rivers State has ranked as the highest beneficiary of projects embarked upon by the the Niger Delta Development Commission, NDDC, since inception across the nine states in Nigeria’s oil-rich Niger Delta region, with a total of 3,570 projects.

This was displayed on the NDDC portal as seen on Thursday, indicating that Cross River State currently has the least projects amounting to 624.

The commission on Thursday drew the attention of members of the public to a comprehensive list of project database in its website.

The chart further showed that the commission had 50 regional projects and five projects at its headquarters.

While the portal did not disclose how many of the projects were completed, ongoing and abandoned in the various states, it disclosed that road and bridges were the highest with 6,119 followed by electricity projects at 2,412; buildings, 2,412 and water supply, 1,627.

The NDDC had through a statement signed by its Director, Corporate Affairs, Dr. Ibitoye Abosede, said its portal contained a comprehensive list of all the projects of the commission from inception.

“The NDDC is aware of an increasing need to be seen to be more accountable to the public and to conduct its affairs in a transparent manner.

“Entrenching the concept of accountability and transparency in its activities forms a part of the thrust of the new leadership embodied in the Honourable Minister of Niger Delta Affairs, Obong Umana Okon Umana.

“In order to meet its expectations and actualise this vision, the NDDC wishes to inform the public of the existence of a project database on its website,” the statement said.

Nigerian Pilot had reported that the new Minister of Niger Delta Affairs, Umana Okon Umana, had vowed that starting from December this year, a comprehensive list of projects executed in the region would be published on an annual basis before contractors are fully paid.