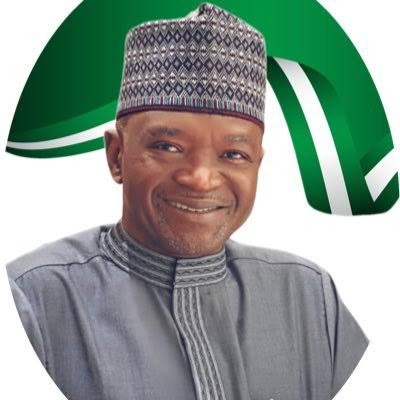 The Federal Government has said about 3.6 million indirect jobs have been created from $1.113 billion – approximately N461.9 billion externally funded projects being implemented by the government of President Muhammadu Buhari.

Abubakar clarified that disruptions caused in the northern part of the country as a result of terrorist activities have not significantly caused a drop in agricultural production.

He revealed that $538 million was approved for special agricultural processing zones to support inclusive and and sustainable agricultural development in Nigeria.

The minister explained that another project worth $575 million was being implemented to improve rural access and agricultural marketing in participating states while strengthening the financing institutional base for effective development, maintenance and management of rural roads network.

“Government is implementing the Value Chain Development Programme Additional Financing (VCDP-AF) 2020- 2024 to enhance, on a sustainable basis, incomes and food security of poor rural households engaged in the production, processing and marketing of rice and cassava,” he said.

The minister indicated that the project is currently being implemented in nine states including Niger, Benue, Ogun, Ebonyi, Taraba and Anambra, Nasarawa, Kogi and Enugu “to scale up the achievement recorded in the original VCDP states.”

On fish production, he said the demand for fish based on the population of the country was $3.6 million metric tons but only $1.2 million tons being produced.

Abubakar said that the country is importing some species of fish like mackerel because they are not found in Nigeria waters.

The Minister also said that the government recruited about 5,000 Agro Rangers that guide farmers against bandits, adding that they are sent to different parts of the country.

The minister, who was at the briefing with other senior officials of the ministry, explained that on reported inability of farmers in the northern part of the country to access to farms, said the federal government was however, concerned about the development, however assured that it had not significantly hampered food production.

“About farmers not being able to access their farms in the northeast, northwest and northcentral. Yes, it’s a concern for the government. However, if you notice, our production still has not dropped to any significant level that will say it has dropped and it’s one of the reasons why also we have this arrangement for the agro-rangers to provide some measure of security to be able to access the farms.

“Truly yes, if you cannot complete access farms all over, you will expect a drop in the production, but right now, we are doing everything possible to make sure we maintain through that security provision and other things that we may not necessarily mentioned, but you can see food still being produced for the most part”, he said.

He said Agro-Climatic Resilience in Semi-Arid Landscapes Project (ACReSAL), a $700 million project, is being implemented by three ministries; Environment, Agriculture, and Water Resources with the 19 Northern states and the Federal Capital Territory (FCT) being the beneficiaries.

“The project objective is to mitigate and build the resilience of Nigerian farmers to climate change. The project duration is six years -2022 to 2028. Over One million degraded land will be restored within the 6 years project cycle,” he stated.

The World Bank/Federal Government of Nigeria Livestock Productivity and Resilience Support Project (L-PRES) is being implemented at the cost of $500 million.

The Minister explained that it is an initiative, which adopts a Community Driven Development (CDD) approach targeted at promoting smallholder resilience and commercialization by facilitating linkages and private sector investment in selected value-chains in the Livestock sub-sector.

Abubakar disclosed that National Strategic Food Reserve has been beefed up to ensure food security, saying that there is currently a National Food Stock balance of 60,000 metric tons of assorted food commodities after the releases made for COVID-19 palliative.

The Minister also explained that about $35million annually is being expected from the Mexican government from the export of hibiscus flowers used in zobo production.

He said under Rural Infrastructure Development, the ministry constructed 765.36 Km of Asphalt roads and 7.75km of Earth Roads, leading to 22,961 direct jobs and 765,360 indirect jobs being created.