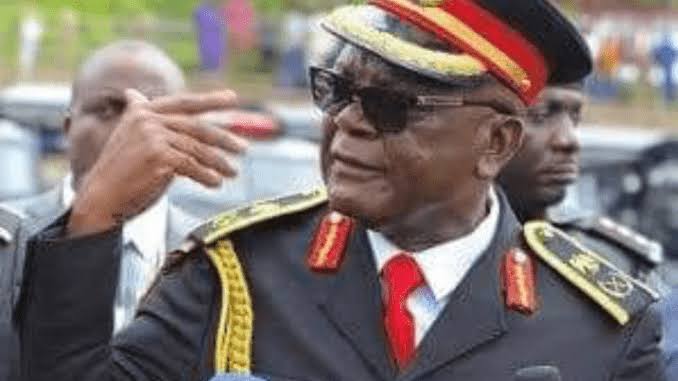 To every discerning mind that has closely observed Governor Samuel Ortom of Benue State, he has gracefully shouldered the burden of insecurity proffering pace setting initiatives in the country. Governor Ortom carries the gait and aura of a leader who spares no effort to see that the lives and property of his people are adequately protected.

It would be recalled that when the Governor enacted the Open Grazing Prohibition and Ranches Establishment Law of 2017 in Benue State, it was a novel approach that set the pace towards combating the incessant marauding herdsmen attacks on Benue communities; a legislative instrument that is now been embraced by almost the entire country.

Governor Ortom as a leader guided by his patriotic sense of duty to his fatherland has never hidden his passion to see the State and country’s affairs function correctly towards guaranteeing the security of lives and property of citizens which is obligatory on the government and its leaders.

In keeping to his commitment to the security of lives and property of Benue people whom he holds the office of Governor in trust for, Ortom on Thursday, August 4, 2022 recorded another historic milestone as he officially inaugurated the Benue State Community Volunteer Guards with a mandate to complement the conventional security agencies in providing robust protection for the state.

The home-grown Benue security outfit has a legislative instrument which statutorily validates its establishment. Enabled by the Benue State Community Volunteer Guards Law the security formation is a child of necessity which is the first of its kind in the entire Northern region of the country.

Speaking during the passing out parade of the first batch of 500 personnel of Benue State Community Volunteer Guards at the IBB Square in Makurdi the State capital, Governor Ortom noted that the worsening insecurity in the country has complicated Benue State’s security situation as other forms of criminality have started creeping in due to the federal government’s refusal to decisively address insecurity.

The Governor declared that it was due to the failure of the federal government that the Benue State government decided to revisit the Benue State Vigilante Law of 2000, which was enacted to complement the conventional security agencies in the state to address emerging security issues. He explained that the law had to be amended by his administration to pave the way for the Community Volunteer Guards to assist the conventional security agencies to curb insecurity in the state.

Governor Ortom stated that, “By the provisions of the new law, the Benue State Community Volunteer Guards can therefore carry legally approved weapons which we have duly provided.”

He maintained that although the campaign of terror has spread across Nigeria, Benue State has been specifically targeted because of his “Administration’s insistence on the rule of law rather than the rule of terror, and for always standing with my people in their refusal to surrender their land, identity and Judeo-Christian faith and values to the Islamization agenda,” the Governor emphasized.

Governor Ortom affirmed that the Benue State Community Volunteer Guards represent his government’s modest attempt to support communities of the state in their daily struggle to escape the worst of the atrocities of the terrorists Fulani herdsmen. “As we all witness the passing-out parade of these able-bodied young men, we believe that security will improve in Benue State,” he further stated.

With the bold and proactive steps that Governor Ortom has taken, there is every sign to be optimistic that the issue of banditry, kidnapping, robbery and most of all, the issue of terrorists Fulani herdsmen attack would be reduced to the barest minimum in Benue State. Equally noteworthy is the Governor’s assurance that operations of the Benue State Community Volunteer Guards would be strictly guided by the enabling law, with a warning that any personnel found operating outside the law would be shown the way out “Do not operate outside your rules of engagement,” Governor Ortom warned the personnel of the security outfit.

No one can dispute Governor Ortom’s statement that Benue State, bearing the well deserved appellation of Food Basket of the Nation, with its arable land and large bodies of fresh water, is now under threat of conquest and occupation by terrorist herdsmen. What therefore affects Nigeria’s food basket affects the entire country.

It is indeed no longer news that the genocidal terrorists have consistently attacked hundreds of Benue communities, burning, killing, raping and maiming thousands of persons and committing other unspeakable atrocities. The attacks by armed Fulani herders in Benue State have led to the displacement of over 1.5 million persons from their ancestral homes and communities. The victims now live in Internally Displaced Persons (IDP) across the state. Records have shown that the recurrent unprovoked attacks by Fulani terrorists on unarmed people of Benue state since 2011 have claimed more than 5,000 lives.

Governor Ortom rightly insisted that since the federal government has consistently failed to disarm the herdsmen terrorists who have continued to maim and kill people at will, the Benue State Government is going to apply for a License to legally procure AK47, AK49 and other sophisticated weapons for the Benue State Volunteers Guards to enable them tackle the murderous terrorists. An audacious move that once implemented will strengthen security of lives and property.

It is not surprising that Governor Ortom’s pacesetting initiative towards tackling insecurity with the establishment of Community Volunteer Guards has received positive reactions from Nigerians who see the formation of the security outfit as a compelling measure to curb insecurity.

As rightly pointed out by Governor Ortom, Community Volunteer Guards as a security formation will not compete with or substitute the conventional security agencies but will instead cooperate and collaborate with them as appropriate, to secure Benue communities.

Governor Ortom’s unrelenting passion to provide security for his people is indeed commendable and deserves the support of Benue people and all Nigerians.