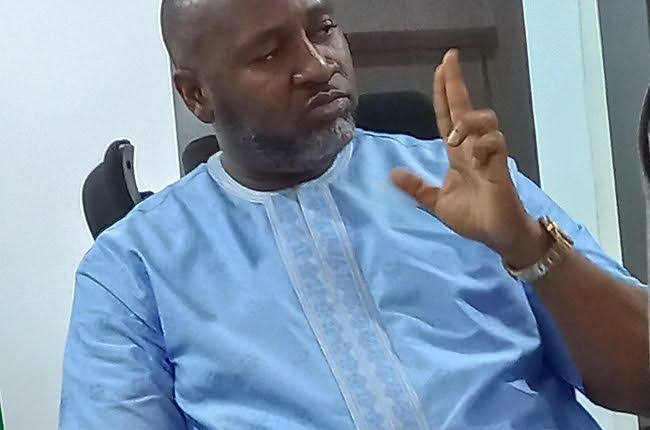 Kachikwu made the call in Abuja over the weekend at a retreat organized by the ADC for its Board of Trustees, BOT, National Working Committee, NWC, and other eminent elders of the party.

Speaking through his campaign spokesperson, Adeniyi Kunnu, the ADC presidential candidate blamed the ineptitude of the Buhari-led administration for the unabated killings and abductions by terrorists and bandits across different parts of the country.

Mr Kunnu contended that Mr President has failed in his constitutional responsibility of securing Nigerians, and should rather toe the path of honour by tendering his resignation.

He gave backings to the move by some legislators and members of the national assembly to initiate impeachment proceedings against the president, stressing that Mr President is not superior to the constitution.

While expressing concerns over the threat of insecurity on the possibility of conducting the 2023 elections, Kunnu noted that the recent attacks on the federal capital territory and seat of power by terrorists and bandits is an indication that the entire country is unsafe but remained hopeful that the elections will hold against all odds where ADC will take over the seat of power to profer lasting solutions to the problems confronting the country.

Speaking on the ligering ASUU strike, the ADC presidential spokesperson blamed the federal government for not according priority to the education sector while appropriating funds to not too important sectors in the recent supplementary appropriation bill.

He informed that the party’s presidential candidate will soon be meeting with leadership and representatives of ASUU to find a lasting solutions to the crisis.

“We believe that this protracted stagnation in the nation’s education system can not continue. We know that the education sector has suffered immensely over the years, and that has also continued to keep the nation stagnated. One of the things we want to do is to meet with ASUU so that we can move forward. We are a party that wants the society to move forward. That meeting will be coming sooner than later so as to see that problem solved in no long distance,” Kunnu averred.

The theme of the two-day retreat is Creating ADC Strategic, Pathway to Victory in the National and Sub-National Levels for 2023 General Election.

As part of its strategies for the 2023 general elections, the ADC unveiled Alhaji AbdulAzeez Suleiman as the Director-General of its Global Campaign Council while Dr. Chile Okogwu was appointed as Director, Global Strategies and Processes Alignment.

According to a communique issued at the end of the meeting, the party resolved to leverage on ADC Role-Modeling leadership paradigm and Alternative Strategies for national reintegration, building peace, and putting the nation on a reconstructive trajectory.

To demonstrate the its resolve, the party said it shall be unveiling The ADC Arena and AFRICAN YOUTH CENTRE in Uyo, Akwa Ibom and The HANDSHAKE Across Nigeria Arcade in Kano.