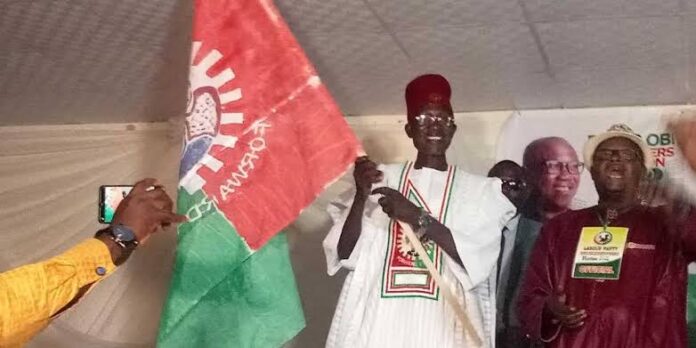 Addressing newsmen in Jos on Sunday ,Margif said no doubt ,some individuals had approached me requesting that I relinquish the hard earned ticket to them but being the serious minded Politician that I am, I felt it will be unwise to toy with the party mandate and the peoples trust hence my stern refusal to grant their wishes .

In his words: “Surprisingly while I was strategically going on with my campaigns,

My attention was drawn to a purported and illegal primary election by some disgruntled political elements who disguised themselves as members of Labour Party in Plateau State in which one Dr Patrick Dakum emerges as my replacement.

He added that “While I find that Kangaroo arrangement which is obviously borne out of desperation laughable, it is imperative I set the records straight. I wish to state clearly that I am the only and authentic governorship candidate of Labour Party in Plateau.

“I wish to state clearly that I have not in any way contemplated withdrawing from the 2023 governorship election in Plateau State and I will not withdraw from the race.

“I am in the contest to win the election and give Plateau people good governance that will enthrone development.

“I am not in the contest to withdraw, and the ticket of Labour Party in Plateau State is not for sale. Therefore, those who are clamouring for the ticket and misleading gullible Plateau people and Nigerians that I have withdrawn from the race should desist forthwith.”

He, therefore, called on his ardent supporters to remain calm and disregard any rumour of his purported withdrawal from the race.

Dr Margif further added that he would boost the economy of the state, provide security ,boost tourism of the state if elected.

He threatened legal action if his mandate is tempered with.