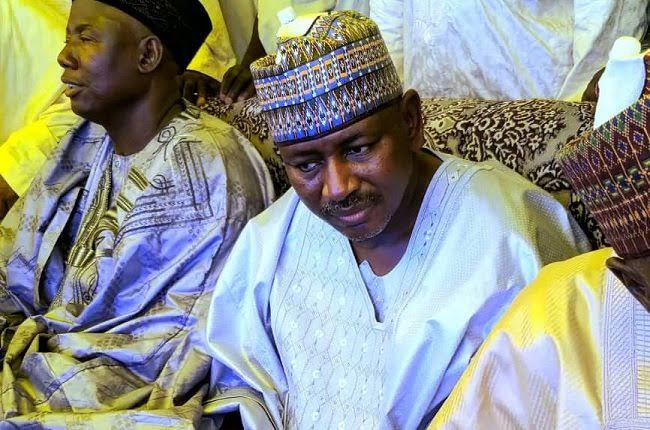 A former Gubernatorial aspirant under the umbrella of All Progressive Congress APC in Bauchi State, Alhaji Farouk Mustafa has called on Nigerians to reject the ruling All Progressives Congress (APC) in the forth coming 2023 General elections.

The former member House of Representatives was speaking in Azare over the weekend few days after decamping from APC to PDP because according to him the party has nothing to offer having failed the people in its two 4 years governance in Nigeria.

Farouk Mustapha pleaded with people of the state to reject all the candidates of the APC in the forthcoming general elections in the county.

Faruk Mustapha who recently joined the ruling Peoples Democratic Party (PDP) in Bauchi state was speaking at a political event in the area organized by the Chief Protocol Officer to the State Governor, Umar Hassan.

The former gubernatorial aspirant regretted joining APC in the past, saying that “the party has nothing good to offer to Nigerians and therefore must be voted out of power in the next year’s general elections.

He therefore declared his support to the reelection bid of Gov Bala Mohammed and promised to support and work with all the stakeholders of the PDP in the state and Bauchi North in particular for the victory of the Governor and other candidates of the party in the polls.

“No politics of Bauchi or Katagum in 2023 General Elections. All of us in Bauchi North are going to vote for His Excellency, Senator Bala Mohammed and all the PDP candidates in the elections because APC has failed and has nothing good to offer to citizens”.

Also speaking, Governor Bala Mohammed represented by the Commissioner for Local Government and Chieftaincy Affairs, Hon Abdulrazak Nuhu Zaki pledged that in his second term, he will consolidate on the gains recorded by his administration so far especially improving the living conditions of the people.

Bala Mohammed said that, they have done a lot in the area of delivery of dividends of democracy to the people and are ready to do more in the second term for the rapid development of the State.

Earlier in a welcome address, Chief Protocol Officer, Umar Hassan said that all the gubernatorial candidates of other political parties in the state cannot be a threat to Governor Bala in winning his reelection in 2023 by the grace of Almighty Allah.

Umar Hassan stressed that Bala Mohammed does not need much campaign because of what his administration has done so far for the people of the state are enough to endear him to the electorate.

The Chief of Protocol expressed optimism that the PDP will remain in power in Bauchi state beyond 2023 just as he said that the party will form the Federal Government due to the fact that the APC has become a disaster to the country, hence the need for citizens to vote them out of power.