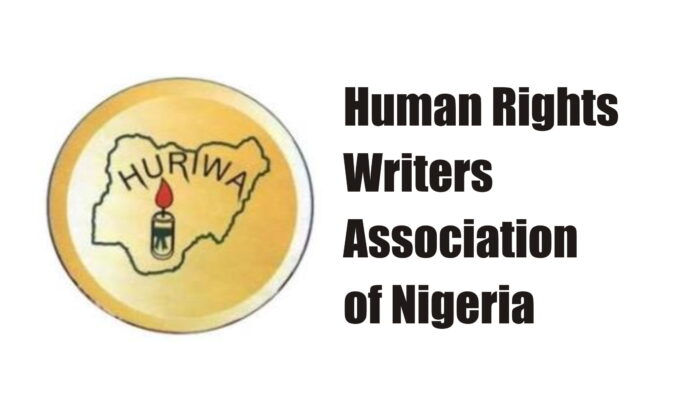 HURIWA’s National Coordinator, Emmanuel Onwubiko, in a statement, described as worrisome and unprecedented the rate at which terrorists of the Boko Haram and Islamic State – West Africa Province kill soldiers in the last two years.

The group said the killing of over 750 soldiers in the last two years by insurgents is alarming and signals that fatigue has invaded the military which has been responsible for the high rate of casualty suffered by the Nigerian Army, the Nigerian Air Force and the Nigerian Navy in recent times.

One August 7, 2022 report said terrorists on the rampage across the country have attacked about 16 military bases in the last 18 months, and killed about 750 soldiers in different parts of the country.

In 2022, there were six major attacks on military bases, witnessed in Borno, Katsina, Kaduna, Taraba and Niger states. These were independent of other attacks on the military, including ambushes, attacks on their convoys and the most recent attack on soldiers was at the Zuma Rock checkpoint on July 28. A soldier was killed in the attack.

Terrorists attacked a military base in Sarkin Pawa Town in the Munya Local Government Area of Niger State on July 18, 2022. On May 10, suspected ISWAP members attacked the perimeter of the 6th Brigade military base in Jalingo, Taraba State. Also, on April 4, suspected Ansaru terrorists attacked a military base at Polewire on the Kaduna-Birnin Road in Birnin Gwari Local Government Area of Kaduna State, during which about 11 soldiers were feared killed, while 19 soldiers were reportedly injured by the terrorists.

Also, reports on January 21 noted that terrorists stormed the military base located within Government Day Secondary School, Shinfada, in the Jibia Local Government of Katsina State.

In 2021, reports said there were attacks on at least 11 military bases in the North. Some of the attacks were foiled by soldiers.

The President on Friday, in Abuja at the graduation of Course 30 of the National Defence College, where he was represented by the Secretary to the Government of the Federation, Boss Mustapha, said, “Government is deeply concerned about the activities of bandits and criminals who have reared their ugly heads in some parts of the country. This is because the number of violent unprovoked attacks on citizens appears to be on the increase. This is unacceptable.”

HURIWA’s Onwubiko said beyond condemning terrorists’ onslaught against the military, the President must be decisive and take quick solutions.

Onwubiko said, “The President as the Commander-In-Chief of the Armed Forces must strategise the anti-terrorism war because apparently the troops are losing with hundreds having had to pay the supreme price in the last two years.

“A compilation by a national newspaper on August 7, 2022 is alarming. The report put the figure of soldiers fell by terrorists at 750 soldiers between the third quarter of 2020 and July 2022. This is unacceptable.

“The President must with immediate effect reshuffle the security architecture and sack the service chiefs whose lack of effective leadership have cost over 750 families their beloved brothers, sisters, and breadwinners.

“The President must ensure that the morale of the soldiers still alive are boosted through the timely payment of salaries, acquisition of modern-day superior weapons as soldiers in leaked videos have decried the absence of superior firepower to their adversaries, payment of entitlement to families of fallen heroes, amongst others.

“Also, the engagement of foreign mercenaries cannot be overstressed. As buttressed by the Chairman of the House of Representatives’ Committee on Defence, Babajimi Benson, the Armed Forces are overstretched as they are now engaged in internal security operations which should have been led by the Nigeria Police Force. The deployment of foreign mercenaries is exigent to avoid the further loss of military personnel. Any resistance to this is suicidal.

“Similarly, the Minister of Police Affairs, Muhammad Dingyadi, had on December 15, 2021 said that the Federal Government approved a 20 per cent increase in salaries for personnel of the Nigeria Police Force, effective January 2022 but police officers have been crying out that the raise had yet to take effect even eight months after. The President must ensure policemen get the necessary morale booster to fight internal security for soldiers to face Boko Haram and ISWAP fighters.